Cryptocurrencies fared relatively well in July as many tokens traded in green after months of severe losses earlier this year. In August, however, the assets deepened following the ban of popular Ethereum-based crypto mixer Tornado Cash and other related market events.

The month ended with a massive blow resulting in poor performance across all sectors in the industry, with Metaverse and decentralized finance (DeFi) sectors recording the lowest revenue gains of -23% and -21%, respectively, according to research conducted by crypto exchange Kraken.

The low performance could be linked to poor macroeconomic sentiments, including downside risks such as the Federal Reserve’s new interest rate hike and inflation hikes with a series of other events in the industry.

However, regarding the 30D revenue change, Balancer, Aave Finance, and Compound recorded the most significant profits at +131%, +55%, and +3%, respectively. In contrast, Pancake swap, Convex, and Curve Finance incurred the most losses with -9%, -30%, and -18%.

In July, the DeFi tokens also took a similar route, with most assets recording between -29% to +2% in revenue returns, and CAKE was one of the top gainers in the month.

However, when it comes to year (1year) performance, the metaverse outperformed the other sectors in the industry with a return of -5%. Meanwhile, it posted -21% losses in its 90days revenue streak.

Meanwhile, aside from the metaverse and DeFi sectors which were highly impacted last month, Bitcoin (BTC) and Ethereum (ETH)  suffered the same fate. BTC started the month with $23,333 and closed at $20,024, hitting a loss of -14% 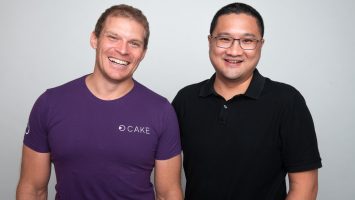