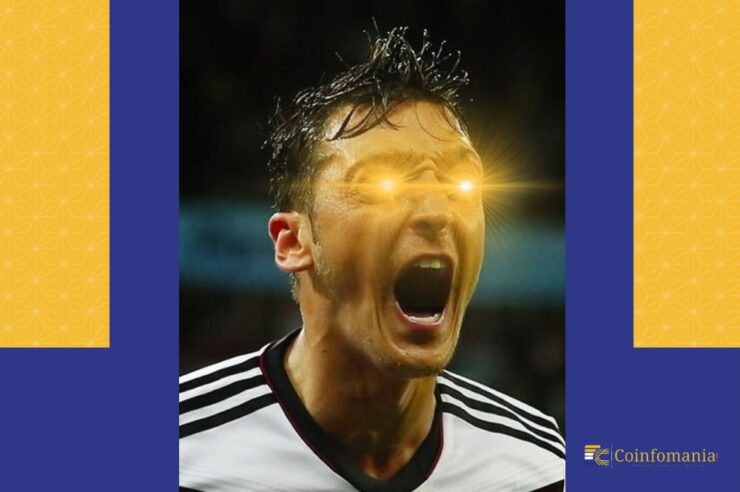 Popular German professional footballer Mesut Ozil has left his Twitter followers wondering what his next move may be with Bitcoin, as his new profile picture blasts out laser beams from his eyes.

Although the attacking midfielder did not reveal what he plans to announce in the coming days, he told his followers to expect “exciting things” soon while updating his Twitter profile picture.

With over 100k likes in Ozil’s Bitcoin laser eyes profile image, commenters on the tweet are speculating that the former Arsenal player is planning to launch a non-fungible token (NFT) or a fan token to bring him closer to his supporters.

There are other speculations that the 32-year-old super Lig club Fenerbahce player may simply have plans to start accepting bitcoin payments for items being sold by his brand.

Still, more speculation stands up for the possibility of Mesut Launching a cryptocurrency of his own.

It is fast becoming the norm for soccer stars and teams to connect with the cryptocurrency industry. Many clubs have already launched fan tokens with the goal of bringing the team closer to their supporters.

Coinfomania has reported in the past that clubs like Arsenal and Manchester have partnered with Socios.com to launch fan tokens.

For players, Mesut Ozil is not the first to get directly involved with cryptocurrency, Christie Pearce Rampone, a 2-time women’s world cup winner and former captain of United States Women’s National Soccer was reported to share her belief in bitcoin as the world’s “most valuable” currency.