March 12, no doubt has gone into the crypto record books as “Black Thursday” and the day of the “Bitcoin (price) halving” that shouldn’t have been.

At the peak of the crazy sell-off, the Ethereum network was adversely congested with investors packed at the exit. The price of ETH followed Bitcoin and the whole market on the downward spiral, causing a shock on the performance of decentralized finance (DeFi) applications running on the Ethereum network.

Among the most adversely affected was MakerDAO, the popular Ethereum-based DeFi app that allowed users to tie down their ETH or BAT tokens, in exchange for borrowing a higher value than the collateralized asset in Dai stablecoin.

On Thursday, the Maker protocol suffered adversely as the price of ETH went from $194 to $124 within a few hours, a situation that even led to suggestions that the protocol would temporarily shutdown.

Although MakerDAO seems back on track with the crypto markets rebounding at press time, a certain user allegedly lost what could amount to “six years of life’s work” because of a bug in the Maker protocol.

However, while the protocol on this occasion was quick to liquidate the locked value once the collateralization ratio dropped, an apparent “$0 bidding” bug tied to the declining market meant that the victim was liquidated. In other words, no bid was placed on the locked ETH at the time it was liquidated.

As the victim rightly complained on Reddit, the total liquidation cost which usually should be between 30-40% of the locked ETH, turned out to be 100%.

Thursday’s hard to forget market performance and MakerDAO’s inability to operate seamlessly highlights the vulnerability of DeFi apps and raises significant questions about whether these protocols are ready for mainstream adoption.

Meanwhile, it appears several other lenders and borrowers on MakerDAO were adversely affected by the protocol’s vulnerability, and will not get a rebate for their loses.

Coinfomania had reported similar exploitation of the bZx protocol where the attacker made away with over $645,000 worth of ETH, even though the project now claims to have overcome the situation. 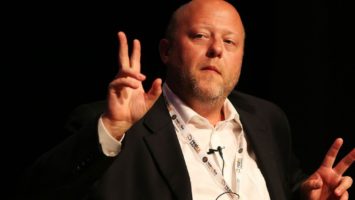