Popular cryptocurrency software and data provider Lukka announced today that it has raised $15 million in a Series C funding round.

The funding round that featured notable traditional financial institutions was led by custodial bank State Street, with participation from S&P Global and CPA.com, the business arm of United States accounting association AICPA.

Lukka said in the announcement that it plans to use the acquired funds to expand its services into the traditional financial industry, as these firms continue to adopt crypto-related products in their operations.

Robert Materazzi, Lukka’s CEO, said that the latest funding round investors already have existing relationships with Lukka. According to him, their continued dealings with the firm show the popularity of cryptocurrencies in the traditional financial industry.

“Our strategic partners, such as State Street, S&P Global, and CPA.com all play critical roles in the financial ecosystem that Lukka is proud to support,” Materazzi added.

The New York-based firm is focused on developing its institutional-grade software and data products with these funds to attract more traditional financial firms into using its services.

Lukka’s products are already dominant in the crypto space, with the company boasting of more than 160 crypto-native hedge fund clients.

Recent crypto dominance has prompted traditional financial institutions that did not want to support crypto firms in their early stages to venture into the industry or make strategic investments in these companies.

S&P Global’s entrance into the crypto space will be aided by Lukka, as the S&P DJI-branded products are tipped to use data provided by the New York-based company on more than 550 of the top traded coins.

Meanwhile, Coinfomania reported that New Zealand-based ASB bank, alongside other participants, invested $1.8 million in blockchain startup TradeWindow in a seed funding round. 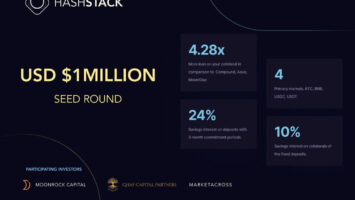