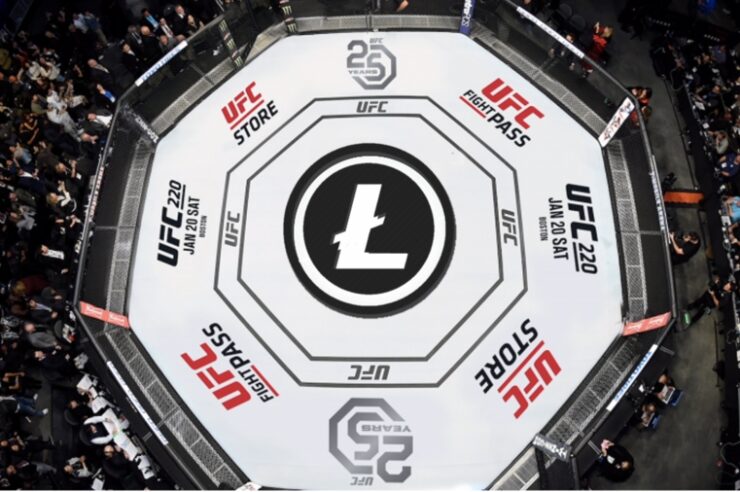 A press release by the foundation on Dec 27 revealed that LTC would be the official Cryptocurrency Partner of the UFC light heavyweight title fight between Jon Jones and Alexander Gustafsson.

It will mark the first time that a widely used cryptocurrency platform is sponsoring a fight in the Ultimate Fighting Championship (UFC).

The Litecoin Foundation said it had made the latest move in a bid to expand the adoption of cryptocurrencies by the mainstream which includes fans of the UFC game.

“With brands and institutions continuing to push into cryptocurrency and blockchain, this is yet another signal of this technology moving closer towards the mainstream.” the release acknowledged.

A part of the deal will include the display of the  Litecoin logo on the Octagon’s canvas during the fight. The foundation believes that such presence will give LTC global awareness, spark interest and drive engagement with people from all walks of life who may have never heard of Litecoin or cryptocurrency before.

Aside from Litecoin’s latest efforts to promote cryptocurrency adoption through global sports, there have been several of such moves made in 2018 by companies operating within the industry.

The deal guaranteed the promotion of eToroX, the cryptocurrency exchange arm of trading platform, on advertising boards during league games and also included a test that will allow clubs to pay their players in cryptocurrency

In September, Italian football giants, Juventus partnered with crypto startup Socios.com to develop tokens that will give fans the privilege of participating in the club’s decision-making process.