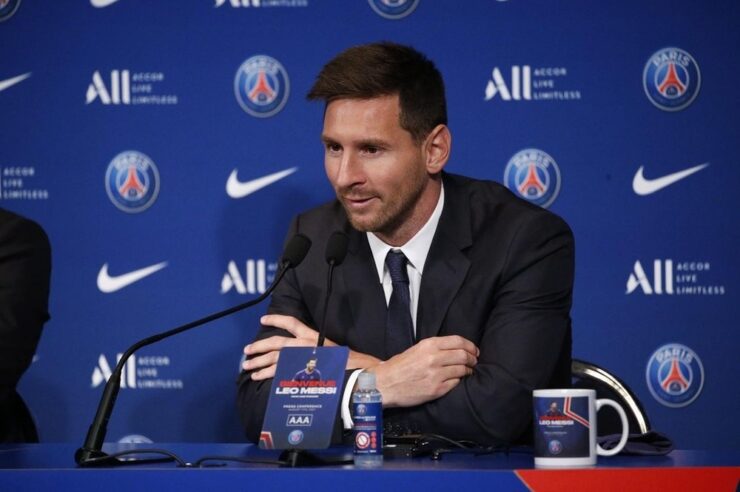 The football world was thrown into a massive shock after Football Club Barcelona (FCB) announced last week that Lionel Messi will no longer continue at the club due to “financial and structural obstacles.”

While the news devastated the FCB outfit, Paris Saint-Germain (PSG) moved swiftly to get the Argentine to agree and sign a two-year deal, with an option of a third year.

Messi’s contract with PSG would see him earn over $41 million per year before tax, plus several other benefits, making him rank among soccer’s top three earners, which include the likes of Cristiano Ronaldo and his new teammate Neymar Jr.

A source close to both parties told Reuters today that part of the bonus included in Messi’s PSG deal would see the six-time Ballon d’Or winner receive some of his bonus payments in the club’s fan token ($PSG).

Both parties are yet to comment on the development. Messi was the main reason PSG’s fan token value skyrocketed over the weekend when the club’s fans got a hint that Messi could join the club.

Data on Coingecko showed that the token was trading between $25 and $27 as of last Thursday.

However, immediately the crypto community got wind that the Argentine’s football career could be headed to the club, the token’s value started gaining momentum, rallying by more than 100% in less than a week.

The token also recorded an all-time high (ATH) of $61 when the transfer news became official on Tuesday.

At the time of writing this line, $PSG is changing hands at $41, which accounts for a dip of nearly 45% since reaching its ATH.

The cryptocurrency industry is revolutionizing every aspect of world economies, including the sports industry.

Several top sports figures have in one way or another dabbled into the industry, with some opting to receive their salaries in crypto and others acquiring equity stakes in crypto companies.

Some sports clubs have partnered with crypto businesses to create fan tokens and increase engagements.