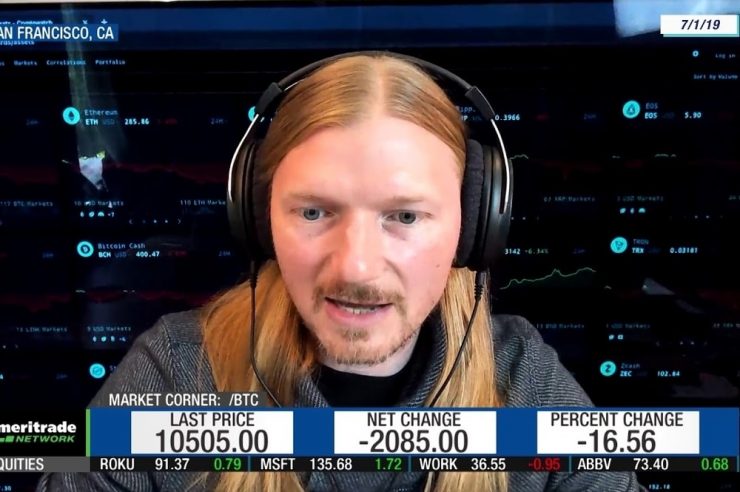 While Bitcoin has been grabbing most of the headlines for its amazing price appreciation this year, Kraken CEO, Jesse Powell believes that Ether (ETH) is another asset that investors should have on their radar.

Powell shared his thoughts in a Tuesday appearance on Bloomberg, discussing why Bitcoin is having a stellar year, and why investors should not expect volatility to drop any time soon. He also weighed in Ethereum which he said has performed “amazingly well this year,” after starting the year around the $100 price.

ETH traded above $710 at the time of writing, representing an over 600% year-to-date, and a higher return than Bitcoin’s 270% over the same period.

Powell thinks the advent of decentralized finance (DeFi) protocols and Ethereum’s ongoing protocol upgrade are the primary reasons for ETH’s growth in 2020.

The DeFi story is growing and becoming a bigger piece of the ecosystem. These days you’re seeing middlemen completely removed from financial contracts through DeFi, which is largely happening on Ethereum. That’s a huge success story.”

The Kraken CEO also doesn’t believe that the success story is ending anytime soon, especially in the light of Ethereum 2.0 finally shipping this year.

I think the future is extremely bright for Ethereum,  and I think it is another asset that people should be looking at if they’re looking for something else to get into, in the crypto space.

Meanwhile, Powell also weighed in on what the landscape for cryptocurrencies will look like going into the new year, especially in the light of new regulatory regimes.

Similar to thoughts shared recently by OCC Chief Brian Brooks, Powell expressed a conviction that “there is no risk of a hasty clampdown on the market.” Instead, he believes that regulators are getting savvier to the potential embedded in cryptocurrencies and that the industry could positively impact the global financial system.