South Korean Internet Company, Kakao has invested an undisclosed sum into Israeli-based blockchain startup, Orbs according to an official announcement released today by the firm.

The latest deal is Kakao’s first major investment in blockchain technology and will help DApp-scalability focused Orbs, to reach the next level of growth.

As part of the new partnership, Orbs will now collaborate more actively with the blockchain arm of Kakao known as GroundX to make their protocol more widely accessible.

Daniel Peled, Orbs CEO and Co-Founder acknowledged that Kakao’s investment was a “significant endorsement” of Orbs given that the internet company has over 50 million active users on their consumer applications.

Kris Park, Executive Director of Kakao Investment, on the other hand, described Orbs as a good example of innovation in the blockchain industry and promised that they will continue to support the company to maximize its potential.

Orbs will now count on the investment to launch a “production ready environment” for its clients in early 2019.

Another Mainstream Investment Into Blockchain Technology

The news around Orbs follows reports earlier this week that the UNICEF was investing $100,000 into blockchain startups that are solving global problems with the aid of the revolutionary technology.

Chris Fabian, Principal Adviser, UNICEF Innovation admitted in the report that funding blockchain startups right now is one of the ways that the body is creating a better world.

With these sort of investments here and there, there is enough reason to believe that blockchain has clearly outgrown the hype stage and is ready to storm even the world’s biggest economies in the coming years. 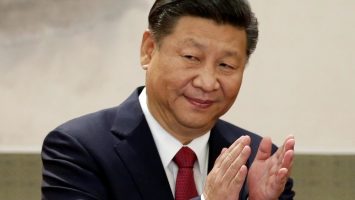