According to the announcement, the move became imperative due to technical inefficiencies in the current repo market that has continued to hinder clients from using funds obtained in the market to meet their intraday liquidity needs.

Commenting on the development, Scott Lucas, Head of Markets DLT at JPMorgan, said:

By deploying blockchain, we created new opportunities to streamline operational processes and accelerate settlement for repo. Our new solution will help unlock trapped pockets of liquidity for intraday use and allow for reduced risk profiles for our clients and J.P. Morgan.

The initiative was trialed on both collateral and cash legs, JPMorgan noted. While the collateral transactions were conducted without leveraging any asset, the cash legs settlement was powered by the JPM coin, the firm’s native cryptocurrency.

The U.S. multinational investment bank revealed that the service would soon be unveiled to other business entities in the United States.

Despite using the service to complete a real trade between two of its affiliates, JPMorgan noted that it also conducted simulation trades for other entities, including Goldman Sachs.

Although JPMorgan is still coming to terms with cryptocurrencies, the bank has continued to tap the technology that powers this asset class – blockchain.

JPMorgan has been instrumental in launching important blockchain-based applications in the past, especially its blockchain network named JPMorgan’s Interbank Information Network (IIN).

The initiative was launched to provide faster payment services for financial institutions and combat money laundering activities bedeviling the industry.

Since its launch, IIN has been adopted by more than 300 financial institutions globally, with more banks poised to join the network. 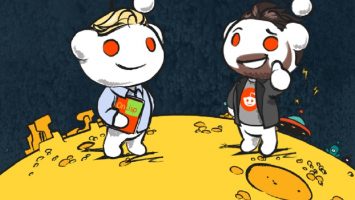