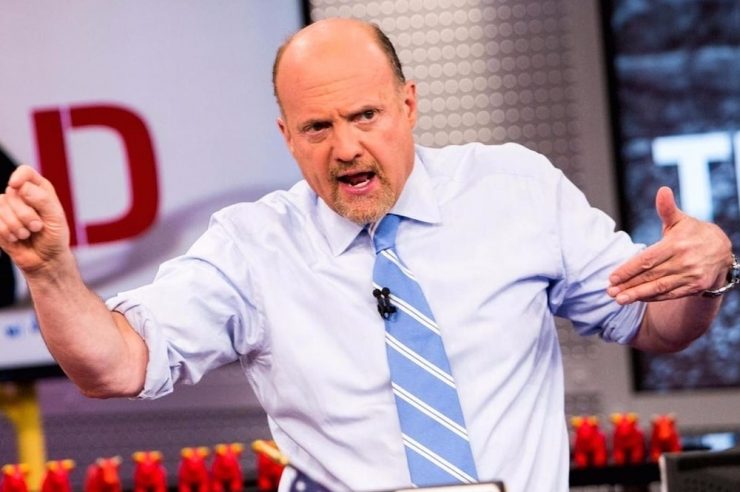 Just one week after revealing that he sold most of his Bitcoin due to China’s crackdown on mining, American TV personality Jim Cramer said he recently purchased Ether (ETH) instead of BTC.

Cramer disclosed his investment in ETH in a CNBC Squawk Box interview today, adding that he opted for ETH because the world’s largest cryptocurrency by market capitalization – Bitcoin was able to retain the $30,000 price support.

According to the CNBC Mad Money host, his investment in Ethereum was mainly because it is “more of a currency” than Bitcoin, as more people are using it to make payments for different commodities.

He added that he will continue to purchase the second-largest cryptocurrency because it has more “game” than Bitcoin, and it is being adopted in different sectors of the industry, especially non-fungible tokens (NFTs).

Cramer Sold Some BTC on the Way Up

En route to its $64k all-time high,  Cramer disclosed in an interview with TheStreet host Katherine Ross that he had sold some of his Bitcoin holdings in order to recover his capital. He reportedly purchased the asset within the $17,000-$18,000 range and made over 100% profit in four months when he sold at a price above $35k in January.

He noted that the idea of taking out the initial amount he invested in the cryptocurrency aligns with his investment strategy for all financial instruments, where he recovers his capital after amassing a significant profit and “letting the rest run.”

Cramer added that he chose to sell off part of his Bitcoin holding because the most popular cryptocurrency has, in recent times, shifted from being a currency to a speculative asset. Then he revealed that he’d buy some more Bitcoin if the cryptocurrency goes back between $14,000 and $18,000.

The former hedge fund manager also has a significant holding in Ethereum, which he bought in March to use in an NFT auction organized by Time Magazine. Fortunately, the ETH he bought around $1,900 doubled in price, prompting Cramer to sell some of it to purchase an upcoming electric car.