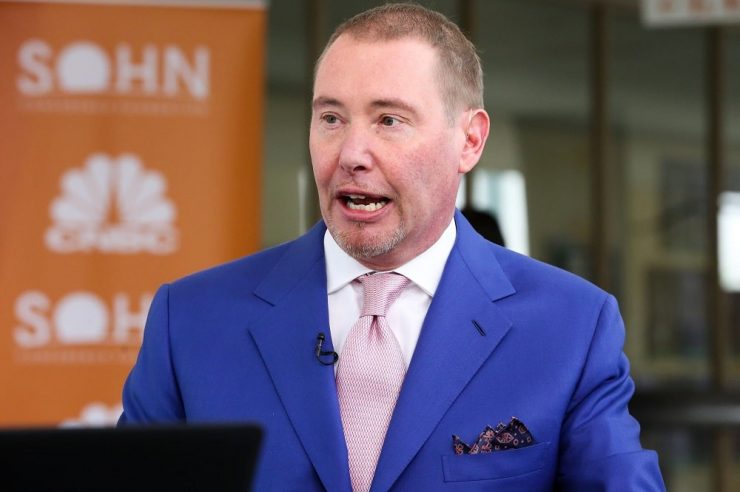 Many Bitcoin critics are changing their stance regarding the cryptocurrency. Some go from outrightly condemning it to slowly tolerating it while others embrace it with open arms.

Jeffery Gundlach, co-founder and CEO of the Los Angeles-based investment firm, DoubleLine Capital LP, has recently expressed his belief that bitcoin is a good investment choice as it serves as a hedge against inflation.

According to a recent tweet, the hedge fund manager shared his new-found opinion during a Rosenberg Research webinar that took place yesterday. He mentioned that physical gold and digital gold, bitcoin, are two great assets that investors need to own to protect against inflation.

Bitcoin had long gotten its title as the digital gold due to its many similarities to physical gold. Both assets have often proven to be safe-haven assets in times of economic crisis.

Gundlach: Bitcoin is a lie

However, it is quite interesting to hear this from Gundlach seeing as he had clearly revealed his dislike for the cryptocurrency when he called bitcoin “a lie” in an interview with Business Insider just a month ago.

During the interview, Gundlach was particularly displeased with bitcoin’s “lack of anonymity.” He said, “I don’t believe in bitcoin. I think that it’s a lie. I think that it’s very tracked, traceable. I don’t think it’s anonymous.”

He instead said that he preferred assets that are tangible to digital currencies, like bitcoin. “I prefer things that I can put in the trunk of my car. I prefer my Mondrian on the wall to a digital entry that has the same value.”

Although Gundlach is not very convinced about bitcoin, he had often made positive predictions regarding the digital asset’s price. This recent statement from him, though, is an indication that he well knows the value of bitcoin and its usefulness as a hedge against inflation.

With many public figures and government entities supporting the use of Bitcoin and even using it themselves, it is safe to say that mainstream adoption for the cryptocurrency might happen sooner rather than later.

Just a week ago, the Iranian government endorsed the use of legally mined bitcoin to fund imports from other countries and several other international transactions.