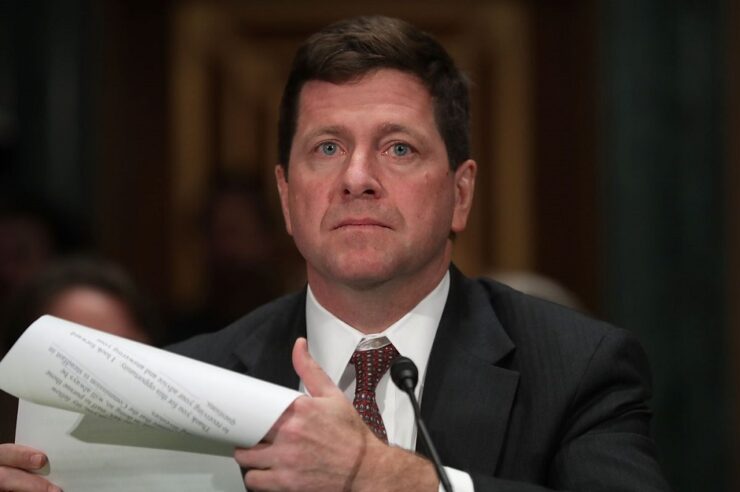 Chairman of the U.S Securities and Exchanges Commission (SEC), Jay Clayton has confirmed in a letter that he agrees with earlier comments about the status of Ethereum (ETH) made in June 2018 by SEC Director of Corporation Finance, William Hinman.

The letter which was a response to an inquiry by CoinCenter on whether Hinman’s statement that “sales of ether are not securities transactions” reflects that of the SEC or his personal opinion on the matter.

In the response, SEC Chairman Jay Clayton wrote that he agrees with statements concerning digital tokens in Director Hinman’s June 2018 speech and then adds,

I agree that the analysis of whether a digital asset is offered or sold as security is not static and does not strictly inhere to the instrument.

To further explain his stance, Clayton highlighted that a digital asset may likely be counted as security if it is offered as an investment contract to early investors. However, he cites that this position could “change over time if the digital asset later is offered and sold in such a way that it will no longer meet that definition.”

By the time a digital asset which was initially offered as an investment contract gets to this stage, Clayton points out that the public would no longer “expect a person or group to carry out the essential managerial or entrepreneurial efforts.”

It is at that moment that the SEC Chief believes the token should not come under the Howey Test used to classify digital assets as securities.

Going by Jay Clayton’s comments, it is clear to see that Ether tokens no longer qualify as securities even though it once did. This clarification is a significant win for the crypto project which has come under fire in the past by critics who argue that Bitcoin is the only cryptocurrency not qualified to exist as security.