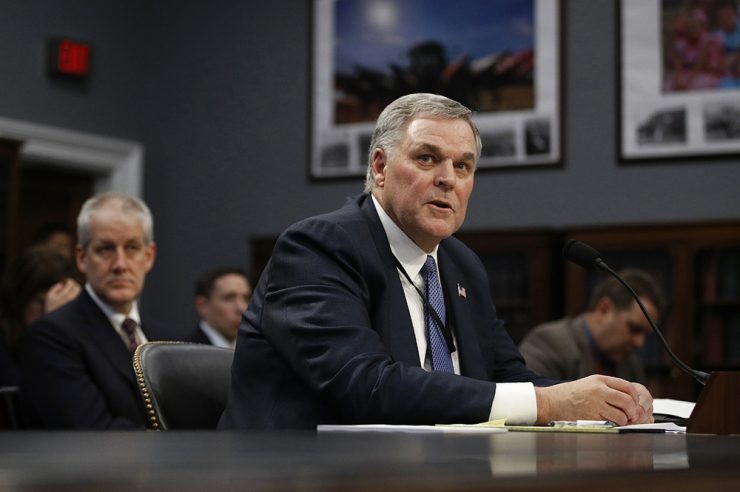 At a time when bitcoin and the entire cryptocurrency industry are facing regulatory pressures in several countries like China, a US official has recently proposed to have large cryptocurrency transactions reported.

Reuters reported today that the United States Chief of Internal Revenue Service (IRS), Charles Rettig said that the agency requests permission from Congress to tighten its regulation of the crypto industry.

Rettig noted that the IRS needs crypto businesses to report the activities of their users, adding that the agency would have to be notified immediately once these crypto companies receive over $10,000 worth of crypto assets.

He stated that such large transactions often go unreported and it constitutes a challenge to them.

During a hearing with the Senate Finance Committee, Rettig said,

” I think we need congressional authority… We get challenged frequently, and to have a clear dictate from Congress on the authority for us to collect that information is critical.”

Rettig also pointed out that the rapidly growing cryptocurrency industry, whose market cap is sitting above $2 trillion with over 8,600 exchanges across the globe, will continue to pose a challenge to the IRS if users’ activities are not reported.

” By design, most crypto virtual currencies are designed to stay off the radar screen.”

Just recently, former president of the US, Donald Trump, said that he hates bitcoin because the cryptocurrency is “competing with the dollar.”

According to Trump, the US dollar has maintained its position as one of the leading currencies in the world and that position should not change.

However, a former US representative begs to differ. Ron Paul opined that bitcoin is a form of money and should neither be regulated nor taxed.

Paul boldly asserted bitcoin is the currency of the future and that even though the US dollar will still be around, it will not be worth much.

In another development, El Salvador will soon become the first country to adopt bitcoin as a legal tender.