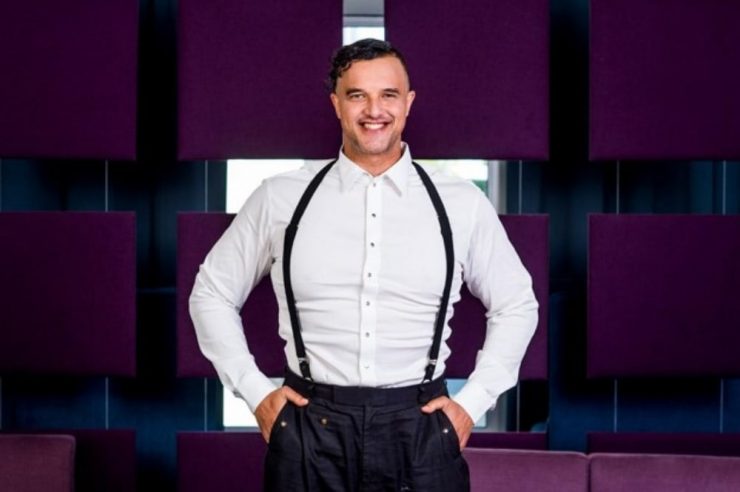 Launched in 2015, Paxful has become one of the most used peer-to-peer trading marketplaces with over $1.6 billion worth of Bitcoin transactions on the platform.

However, the resounding success was only recorded after several failed startup efforts by Paxful CEO, Ray Youssef, and may fail to clearly reflect his initial reaction to learning about Bitcoin in its early day.

In this exclusive interview with Youssef, he tells us about his first encounter with Bitcoin, how Paxful is now building Bitcoin-funded schools in Africa, and why the price of Bitcoin doesn’t really matter.

Getting to know about Bitcoin

“I began launching startups in the early ’00s,” the Paxful CEO began on the subject of how he got to know about Bitcoin.

“I started a successful polyphonic ringtone business, a social networking site, and even a dating platform. Before Paxful I had 11 failed startups that led me to be homeless in New York City.” It was during his homeless stint, that Youssef met Bitcoin.

“I tried to post my motorcycle for sale on an online forum when a suggestion came that I take payment in Bitcoin. Initially, I wrote it off and thought it was “nerd money.” But as I kept reading and learning about it, I fell in love with cryptocurrency because of the innovation, the technology behind it, and especially the passionate community.”

To a large extent, the passion that drives the Bitcoin community has continued from those early days and as played a significant part in Paxful’s largely success #BuiltWithBitcoin campaign which Ray Youssef spoke about next.

Paxful is building schools in Africa fully funded with Bitcoin

In January, Paxful announced it was building a third school in Kenya as part of its #BuiltWithBitcoin campaign, with the ultimate goal being to construct 100 schools in the African continent.

“I’ve had people tell me in the beginning that the goal of building 100 schools is crazy, but I always had this dream! Now, people are reaching out to me on Twitter and Telegram saying that they are amazed by what we’re doing and they want to help as well,” Youssef reported on the success of the campaign.

Regarding which African countries could benefit from what he described as “exciting times,” he said that Paxful is evaluating Nigeria next as well as other NGOs based in Africa to see what could be done in these regions.

Working from home because of the COVID-19 pandemic has not stopped the Paxful product team from shipping new features. The exchange has integrated “gold as a payment method, added Telegram notifications, and rolled-out gift card code check.”

While not disclosing what features Paxful will introduce soon, Ray Youssef is enthusiastic about communicating with users on the streets to find out what features they need to improve their trading experience.

90% of all @paxful disputes are handled in 2 days max. Considering we do six figures in number of trades daily in the most challenging markets and this becomes an achievement! Gift card disputes are the hardest and take longest. We are hard pushing to improve!

Paxful’s co-founder, Artur Schaback publishes regular updates on these new features, a reason why the exchange remains a top choice for P2P traders.

To many Bitcoin holders, the cryptocurrency is merely a speculative tool. But for Paxful Bitcoin means a lot more than that.

He said, “For me and what we’ve seen from our users, the price of bitcoin does not matter. Bitcoin is not a speculative tool for rich people to play with. As we see it, it’s a universal translator for money – it transforms any form of money, like gift cards or cash, to another form of money. This can be done in any currency all over the world with bitcoin being the clearing layer.”