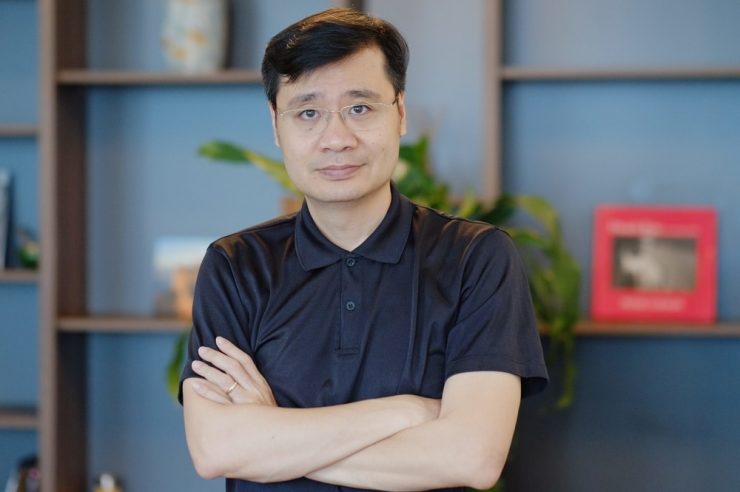 In our latest interview, Coinfomania gathered the thoughts of Long Vuong, Founder, and CEO at TomoChain, a scalable blockchain-powered via Proof-of-Stake (PoS) voting consensus and used commercially by leading companies globally.

The project’s native token, TOMO, was recently listed for staking on Binance, and in this interview, Long takes us back to TomoChain’s early days, the growing space of staking and DeFi apps, what TomoChain is working on next, and his thoughts on Bitcoin (BTC).

The TomoChain journey so far

For starters, TomoChain’s mainnet went live in late 2018 (Dec 14), and we asked Vuong to shed some light on what they’ve achieved so far.

Vuong explained that over the past one and half years, T0moChain has developed a series of products that have been adopted by a number of global companies for commercial use across many fields from exchanges, payment services to enterprise clients.

“Now we are introducing Excalibur Hard Fork which will bring some groundbreaking changes to the DEX market and the DeFi world that’s yet to be seen,” he said.

Since the birth of TomoChain, the team has been building out three protocols, namely,

TomoZ (Zero Friction): a protocol that allows for token issuance and use by having gas fees paid by the token itself. That means you don’t need TOMO to send transactions. You don’t even need to know you’re using the TomoChain blockchain.

TomoX: an upcoming DEX Protocol that allows anyone to launch their own permissionless Decentralized Exchange in minutes. It requires very little technical knowledge making it a near turn-key solution. TomoX is currently in the testnet phase.

TomoP: Privacy Suite – Another protocol that is currently in testnet and is going to be the FASTEST way to send tokens privately. 2-4 seconds fast! The protocol includes access to wrapped BTC, ETH, USDT, and other tokens that can also utilize the blazing speed and privacy that TomoP will offer alongside dApp privacy functionalities.

The road to adoption for TomoChain

Seasoned investors in the cryptocurrency space understand that it is quite one thing to build a truly scalable blockchain that can be used by thousands and millions of users, and yet another thing to achieve user adoption. That explains why Ethereum is still the leading platform even though other blockchain platforms do offer faster transaction times and capabilities.

But in its short existence, Long Vuong confirmed that “TomoChain has a number of real income-generating companies that have built on [the blockchain], from exchanges to payment services to enterprise clients,” a feat that to him speaks volumes, especially since the results came during a ‘stagnant’ market stint for the industry. 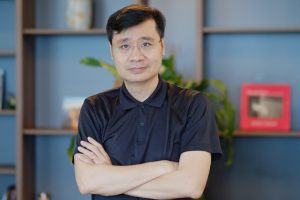 Among TomoChain’s most significant users are UcarPac, a top-10 User Car company in Japan that is building traceability solutions on the blockchain, Triip Protocol, a blockchain-based destination service for travelers to book vacations powered by blockchain.

Meanwhile, Coin98, a local Vietnam crypto media company recently launched an App to allow for their community to earn their TomoChain token called C98 and use it for products and services geared around investors and gamers. Within three months of launch, “the reception has been HUGE with 95,000 users onboarded and 500K+ transactions generated on TomoChain their launch!

Vuong also revealed to us exclusively that TomoChain will soon announce a partnership with a large player in the corporate gift giving business. This undisclosed vendor will launch a dApp on TomoChain to allow for them to make purchases with TOMO across thousands of items.

Reflecting on these achievements, the TomoChain founder expressed delighting, saying “in such a short time, we grew from a barebone network to an independent and reputable ecosystem that’s been building applicable products and infrastructures to solve real business problems, and boosts mass adoption for DeFi and blockchain. So overall I think we’ve been really progressive over the past year. And we are looking to achieve more going forward.”

Next, we discussed with Long Vuong, how massive the space for crypto staking and other DeFi applications will be in the future.

He noted that the Black Swan of 2020, the Coronavirus outbreak spread rapidly around the world and triggered the global market sell-off, with only 254 new dApps were launched in Q1, 60% lower than Q1 2019.

However, since a total transaction volume of $ 7.9 billion across 13 blockchains, meant an 82.2% compared to 2019 Q1, Long rightly concluded that DeFi projects are the main volume growth driver in the crypto space, increasing 778% compared to 2019 Q1.

“I think in the near future, Game, Exchange, NFT and CryptoArt space will be the market leaders in terms of active addresses,” he concluded on the subject.

TomoChain’s edge over other dApp and DeFi projects

TomoChain has, according to Long Vuong, been envisioning the potential applications of crypto and blockchain in the financial sector and with this in mind, “built a fast and stable blockchain network that can handle transactions for DeFi applications at a large scale level.”

Other great features include The TomoLending application that enables truly peer-to-peer lending based on TomoX and the TomoBridge tool that connects liquidity and allow users to transfer tokens/coins from mainstream blockchains such as Bitcoin and Ethereum to TomoChain so that these can be used for peer-to-peer lending on TomoX to earn passive income.

According to Long, one of the main features of the Excalibur hard fork is that it’ll provide a supportive infrastructure for the TomoX Protocol, which enables our clients to build a DEX in minutes with little technical experience required.

While the Layer 1 based TomoX Protocol is equipped with much higher computation power and trading speed compared to those built on Layer 2, TomoX is also seamlessly integrated with other TomoChain protocols to create an effortless onboarding experience for users.

“This is the most significant change at this phase. But we also have tons of new features under planning. Excalibur Hard Fork is essential to make all these possible,” the TomoChain founder added.

Bitcoin leading the way as digital gold and store of value

“Just like the Internet in the 1900s, blockchain is still a very new matter,” He began before remarking that Bitcoin is leading the way as digital gold and store of value while Ethereum is leading in terms of the smart-contract platform with DeFi on Ethereum gaining traction.

However, he believes that there are still a lot of gaps to be filled and that the industry has to learn from traditional finance in their history of 300 plus years of infrastructure building.

“If we continue building and improving, crypto finance will continue growing the market share. TomoChain will continue to contribute all we can to push forward blockchain adoption among end-users, making sure this new technology will soon become the next revolution.” Vuong concluded.