Jhunjhunwala told CNBC’s Street Sign Asia today that regulators are saddled with the responsibility of keeping “Bitcoin out,” while urging the authorities to focus on developing a digital rupee for the second-most populous country.

Sometimes referred to as India’s Warren Buffet due to his constant scrutiny of cryptocurrencies, Jhunjhunwala noted that Bitcoin is speculation of the highest order.

Despite the impressive performance of BTC this year, Jhunjhunwala said he would never buy the cryptocurrency because he believes the “hangover” of getting involved “is much worse.”

The investor’s comments about banning Bitcoin come in less than a month after the internet was rife with reports of India’s plans to ban cryptocurrencies again.

The plan, which was published on the lower house official website on January 29, 2021, sought to prohibit private cryptocurrencies in India while allowing only a few to promote the tech that powers most crypto – blockchain.

As part of the law, the legislators also planned on developing a creative framework that will facilitate the creation of India’s official digital currency.

India had been stringent on cryptocurrency, as recorded when its apex bank, the Reserve Bank of India (RBI), prohibited financial institutions from servicing crypto-related activities in 2018.

Violators of the law, at the time, were made to face up to a 10-year jail term as part of efforts to mitigate the so-called ‘ring-fencing of India’s financial system.

However, in April 2020, the Supreme Court of India overruled the RBI’s decision on the ground that cryptocurrencies have not caused any visible damage to banks in the country.

While most institutions do not consider Bitcoin a threat to existing systems, some traditional financial experts have continuously criticized the largest cryptocurrency.

Yesterday, the United States Treasury Secretary, Janet Yellen, made some derogatory comments about Bitcoin, leading to the cryptocurrency plunging below $50,000. 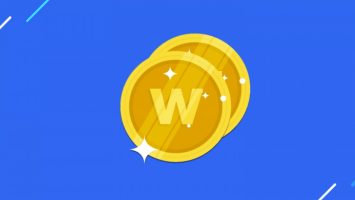