The Indian government has recently proposed to institute a new cryptocurrency bill targeted toward creating a digital rupee while banning certain cryptocurrencies in the country.

According to an official report on the Lok Sabha website, the government is on the hunt to “prohibit all private cryptocurrencies in India,” with a few exceptions that will help to promote the cryptocurrency ecosystem within the country.

The latest move is part of an effort to stop the use of cryptocurrencies in funding illegitimate activities such as terrorism.

The bill targets facilitating a regulatory framework for the creation of the country’s central bank-backed digital currency by the Apex Bank, which was announced to be due for a trial phase in December.

Following this recent development, crypto enthusiasts in India are apprehensive about the outcome of the bill and what would become of the crypto market in India.

Speaking on this, Kashif Raza, founder of the crypto education platform Bitnning said,

“The government proposal we have today seems to be similar to the Bill presented by the government last time as well. The only thing that is spooking crypto investors now is the clause about banning private cryptocurrencies. Basically if we go by this, only those backed by the government will be allowed, not the rest… We need to exercise caution and wait for the full bill to be tabled in the parliament.”

Taking into perspective that there are no current bans or precise regulations on cryptocurrencies in the country, India’s prime minister reportedly emphasized fears that an unregulated industry could attract use for illegal activities.

Coinfomania reported that India had earlier considered setting up a committee that would examine the possibility of introducing a regulatory framework for crypto assets in the country.

Since the supreme court ruled in favor of cryptocurrencies in the country, annulling the ban placed on digital assets by India’s apex bank RBI in 2020, the country has enjoyed a somewhat crypto-friendly environment.

If the latest crypto bill eventually pushes through to success, then it is likely that the country’s anticipated central bank-backed digital currency may be launched anytime soon. 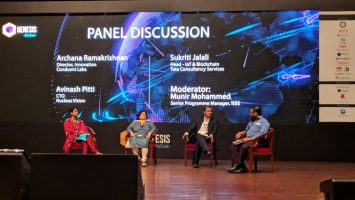