The Indian government is reportedly deliberating on how to completely stop citizens from using crypto assets as means of payment and to stop the use of crypto assets in funding illegitimate activities.

One of the officials, the Minister of State for Finance Pankaj Chaudhary, noted that the Indian government does not approve of the use of cryptocurrencies as legal tender in the country. He said,

“The government does not consider crypto-currencies legal tender or coin and will take all measures to eliminate the use of these crypto-assets in financing illegitimate activities or as part of the payment system.”

With different sectors of the country’s finance authorities giving different inputs on the matter, some crypto assets might be prohibited in India again.

According to the minister, the government will decide on the proposal made by a High-Level Inter-Ministerial Committee (IMC), which recommended that any cryptocurrency not issued by the State be banned.

This IMC team which was set up under the Chairmanship of Secretary of Economic Affairs to examine virtual currencies’ issues and present possible solutions to those issues offered the prohibition of private cryptocurrencies.

The Minister of State for Finance Bhagwat Karad also stated the records of those who invested in Non Performing Assets (NPA) and written off accounts that the Public Sector Banks (PSBs) have compiled and recovered in the last five financial years.

The deliberations on the elimination of some crypto assets in India came a few months after the Reserve Bank of India (RBI) announced that local banks could resume offering crypto services to individuals and companies.

The announcement was in respect of the circular issued by the RBI back in April 2018 that banks should not offer any crypto-related services, else, they would be subjected to punishment. The crypto exchanges that were affected took up the matter to the Indian Supreme Court and won the case.

However, due to the lack of a clear statement from RBI acknowledging the Supreme Court’s decision, many banks continued to adhere to the circular and blocked the accounts of individuals engaging in crypto-related transactions.

To abate the issue, the RBI made the announcement that banks can resume attending to crypto-related matters, however with the latest matter on hand, some crypto assets might be prohibited again. 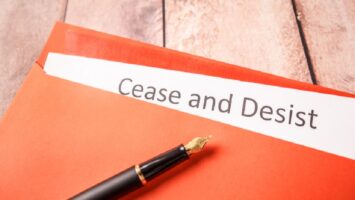