India is one of the countries in the world that has an on and off relationship with regards to bitcoin and cryptocurrency in general. On different occasions, authorities in the country have given out warnings against Bitcoin, putting crypto traders on edge and making many of them wonder if it is legal to trade the asset and if so, how to buy bitcoin in India.

Before answering the aforementioned question of how to buy bitcoin in India, a little exploration through the country’s history with Bitcoin would be beneficial.

The RBI claimed that the reason for the ban was to protect users, holders, and crypto traders from the risks associated with dealing with cryptocurrency-related institutions causing these companies to cease operations in the country.

After the affected parties challenged the circular in SC, the central bank mentioned again that the ban was meant to protect the integrity of their banking system.

Almost two years after the ban, the Indian Supreme Court ruled in favor of digital currency trading in the country, giving Indian traders the right to be able to freely trade Bitcoin (BTC) and other cryptocurrencies, without any restriction from the bank.

Although the Indian Supreme Court lifted the ban against cryptocurrency trading, the RBI is still hesitant and so banks do not offer services to crypto firms.

Recently, rumors started spreading that the Indian government is making plans to place an outright ban on the asset class by making it a criminal offense to issue, trade, or transfer crypto assets claiming that it’s a way to strengthen its financial sector.

But statements from Finance minister Nirmala Sitharaman quenched such rumors. He stated that the authorities along with the central bank of India are negotiating and discussing how to regulate cryptocurrencies.

In light of that regulation, India’s Ministry of Corporate Affairs amended Schedule III of the Companies Act 2013, mandating companies to reveal their cryptocurrency holdings and gains as part of their annual financial reports as of April 1, 2021.

Crypto companies across the country are to disclose all profits and losses incurred from crypto transactions, their current cryptocurrency holdings at the time of reporting their finances, and the number of crypto deposits received from any person either for trading or investing in digital currencies.

Why Many Indians Buy Bitcoin

Knowing how to buy bitcoin in India is one thing, but knowing the reason why Indians do so is another. A survey done by the two most popular cryptocurrency exchanges in India, WazirX, and CoinDCX, revealed that Indians between the ages of 25 and 40 are flocking into the cryptocurrency sector.

WazirX, calculated that the number of Indians that have signed up on its platform increased by 125%, late last year, with $19-26 million in daily trading volumes and Indians taking up at least 89% of these transactions.

Meanwhile, CoinDCX recorded an increase of 75% in its number of sign-ups last year, with its daily trading volume of $20-25 million, and 75% of the total amount coming from Indian investors. Altogether, Indians are trading up to $26 million worth of BTC daily on the two platforms.

What then is the reason behind the high influx of most Indian people buying bitcoin? Here are four reasons why Indians buy bitcoin.

How to Buy Bitcoin in India 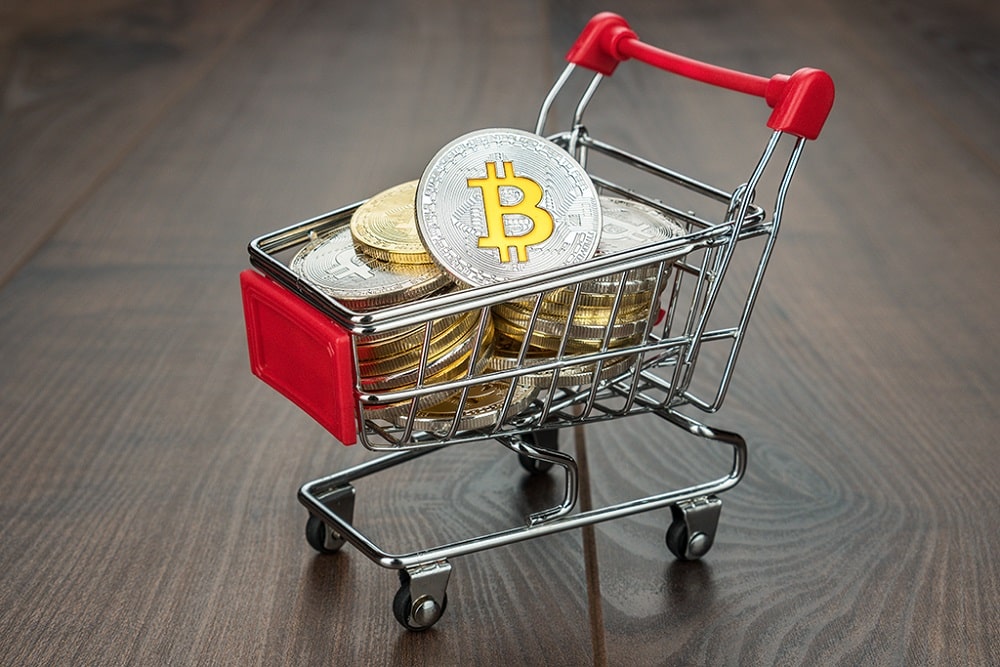 This is a cryptocurrency exchange based in India and was founded in March 2018 by a team made up of Nischal Schetty, Sameer Mhatre, and Siddharth Menon. In November 2019, WazirX was acquired by leading crypto exchange Binance.

Indians, including professional traders and first-time investors,  can buy and sell cryptocurrencies like BTC,  BCH, LTC, DASH, and a host of other coins on WazirX. However, due to the situation in the country, the exchange does not accept wire transfers but offers its peer to peer services to Indian crypto traders.

CoinDCX is one of India’s largest cryptocurrency exchanges. Although the exchange was registered in Singapore in 2018, it has its main branch in India. It is an ISO-certified company that aims to provide a user-friendly experience, giving its users access to a wide range of financial products and services backed by industry-leading security processes and insurance protection.

In light of this goal, the platform offers access to 200 different cryptocurrencies including bitcoin, ethereum, and other altcoins.

Paxful is a peer-to-peer Bitcoin marketplace founded in 2015 in Delaware by a group of developers including Ray Youssef and Artur Schaback who aim to simplify the process of purchasing bitcoin. The platform acts as a bridge between bitcoin buyers and sellers, including those in India, as they convert Indian Rupees (INR) to BTC.

Is It Legal to Buy Bitcoin in India?

While there are rumors that the authority will ban cryptocurrencies in general, the country’s finance minister revealed that the government and the central bank of India are negotiating and discussing how to regulate cryptocurrencies.

Hence, crypto investors and traders in India are not penalized or punished for engaging in that aspect of finance as it is not illegal.

How Much Should I Invest in Bitcoin?

Now that you know how to buy bitcoin in India, it is worth noting again that crypto trading in India is not illegal, however, the country has an unfriendly relationship with this asset class and so the RBI is highly against cryptocurrency activities and so does not offer crypto-related services and even freezes accounts that deal with cryptocurrencies.

Those who want to buy crypto assets in the country can make use of several peer-to-peer services available to Indian citizens like Paxful and WazirX.