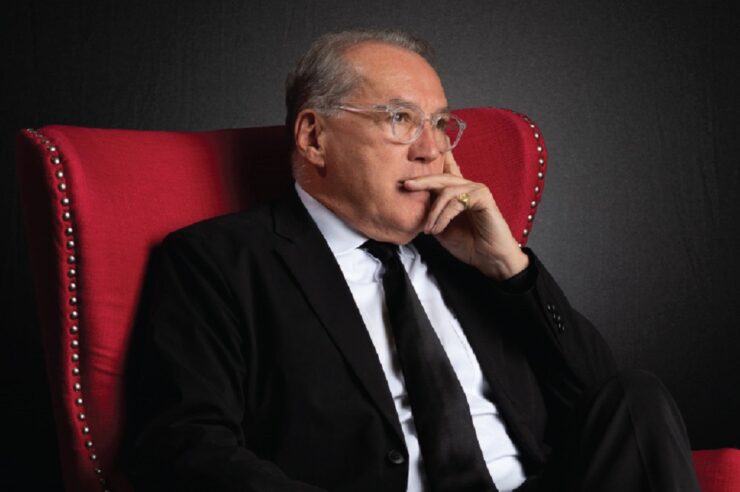 Frank Holmes, the CEO and chief investment officer of U.S. Global Investors, a publicly-traded investment management company, said in a recent interview that gold is a better asset to hold than bitcoin in times of political turmoil.

When asked about his preferred asset to hold if a war breaks out, Holmes noted that he would always choose gold because the bullion has proven itself.

“When you look at gold, its breadth and depth of historical significance as a wonderful asset is really showing up when you have war. Bitcoin is a new phenomenon (considering its creation in 2009)…Gold has a phenomenal historical significance, that whenever there is big inflation or there is political turmoil, gold is the asset class of choice,” Holmes told Kitco NEWS.

Gold, however, is trading in the opposite direction. which is why it’s important to track the live gold price to stay on top of trends and global trading values.

The CEO believes that Bitcoin’s young age is one of the setbacks why it can’t compare to gold in times of war. He also noted that the lack of regulatory clarity in the crypto industry has a negative impact on the digital asset.

However, he believes that a clear regulatory framework in the industry will take bitcoin to a whole new level in terms of global interest.

Following Russia’s official attack on Ukraine, bitcoin and crypto in general are in dip red as the market shreds billions of dollars.

Gold, however, is trading in the opposite direction. While the entire crypto market reacted negatively to news of Russia’s attack on Ukraine, gold is bullish and currently trading at $1,924 per ounce, a 15% increase on the day.

Comparing the price charts of bitcoin and gold, Holmes’ stance on the latter being a better asset to hold in times of war than the former seems true.

Similarly, when China’s second-largest real estate developer, Evergrande Group, was in debt, gold was the only safe haven for investors while other assets like bitcoin crashed during the sell-off.