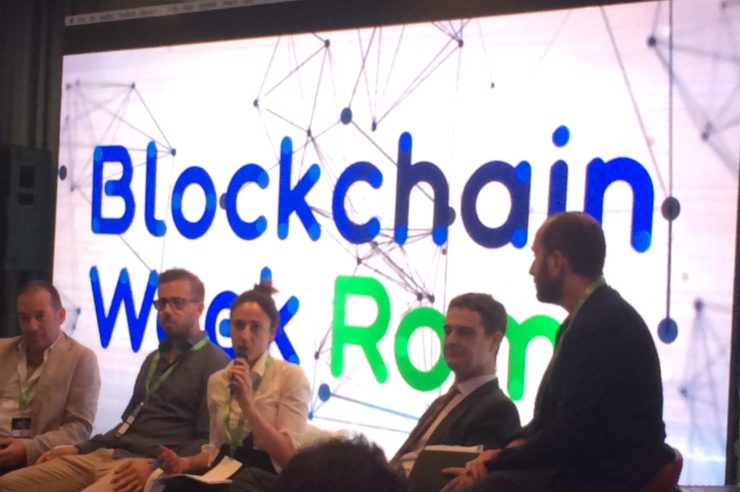 Rome just hosted the first Blockchain Week with six days of educational courses on blockchain and cryptocurrencies, followed by a summit which included talks by experts of the industry, networking events and an expo area.

For the first time, the Italian capital was at the center of the national and international blockchain industry.

The event was produced and distributed by Spanish Blockchain Management SL, with the artistic direction of Gian Luca Comandini and Matteo Vena, director of CoinTelegraph Italy.

Rome Blockchain Week had a total of 1200 visitors and 350 participants to the intensive course, Coinfomania was told by Roberto Leonardi, technical director of NoSilence Eventi that was behind the project management of the event at Mercure Roma West Congress Centre.

Among the 30 sponsors were also Binance through their Italian Meetup group and 4 Bitcoin ATMs.

Due to its success, most sponsors have already booked their space for the next edition in 2020.

Among the speakers was Paige Peterson of Zcash, Pierre Langlet of Ledger, representatives of MiSE, the Italian Office of Economic Development, Blockchain Alliance Europe and many other Italian experts.

The first speaker on Friday was Federico Tenga, co-founder of Chainside, a startup that facilitates payments for companies that want to implement Bitcoin transactions. 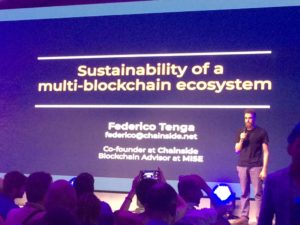 His presentation was very efficient in explaining why Bitcoin is the most complete, efficient and secure of the existing blockchains. Just like the internet, Bitcoin succeeds with its multilayer structure that provides scalability, great privacy and overall the biggest and most secure network.

Federico has a good Twitter audience and is among the Italian cypherpunks that most promote Bitcoin as an economical model besides its technical features.

“I see Bitcoin succeeding as a global single currency within a political and economic scenario in which major currencies will weaken” – he explained.

“The US is moving towards a policy focused on internal more than global trade with the consequence of a likely weakened dollar. If China or Russia take over the international role of the US, I don’t see the Yen or the Ruble rising up as international trading currencies. Enter Bitcoin that will balance out the global financial order by representing a trustworthy, efficient and secure exchange currency other than a great store of value.”

Coinfomania: Can Bitcoin really become a mass adopted global currency in view of its strong volatility?

“Every asset and even startups at the beginning have strong volatility. That’s a process necessary to become mass adopted and consequently more stable – continued Federico – Bitcoin has also a limited supply of 21 million coins and by becoming rarer it will also allow less speculation and will be less inclined to manipulation by central banks.” 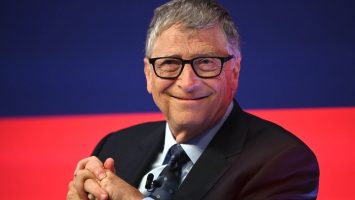