Police officials in the German state of Bavaria have recently arrested a self-named bitcoin creator for allegedly defrauding investors of $2.14 million.

According to a report by local media outlet Bild, the accused, 48-year-old Jorg Molt, is a German entrepreneur claiming to be Satoshi Nakamoto, bitcoin’s inventor.

Molt started the “Satoshi School” earlier in 2016, which claims to be “the only school in the world that teaches exclusively about BitCoin and BitCoin blockchain technology in a location that suits you.”

He rose to considerable fame in 2019 after he had a verbal altercation with crypto commentator, Kenneth Bosak at World Crypto Conference (WCC) event in Las Vegas.

Molt had allegedly been telling the conference attendees that he is Satoshi Nakamoto and that he had about 250,000 bitcoins in his crypto wallet.

He started up a Bitcoin Pension project that claims to use 60 percent of investors’ funds to buy Bitcoin mining hardware and generate steady returns with a facility based in Sweden.

Then, the remaining 40 percent of the funds will be kept in a safe account. Molt claimed that the money could be withdrawn from the account at any time.

Considering that he was also a DJ, Molt decided to utilize his large social media following to gather investors for himself.

However, things started going south when people accused it of being a scam and in 2020, Bitcoin Pension shut down.

Investigations into the case revealed that Molt had used the Bitcoin Pension project to defraud up to 50 unsuspecting investors of 1.8 million euros (approximately $2.14 million).

It was also discovered that Molt had no intention of ever investing the funds into any bitcoin mining facility.

He was arrested at the Frankfurt Airport as he was about to escape from the country aboard a plane going to South America.

After he was arrested, his apartment was searched and police found several pieces of evidence linking him to the fraud, including the details of his 54-year-old female partner.

One mystery in the cryptocurrency industry is the identity of bitcoin’s creator, Satoshi Nakamoto. Satoshi’s anonymity has prompted several individuals to come up with claims of being the real Satoshi.

Earlier in 2020, about six people, including Craig Wright, started competing to claim credit for being Satoshi Nakamoto. 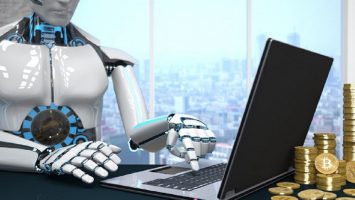