Federal prosecutors announced in a press release Thursday that Joanna De Alba, a U.S. citizen, has been indicted for allegedly distributing illegal drugs in the United States through the dark web for cryptocurrencies like Bitcoin.

De Alba used the dark web to conduct her drug business in order to hide her identity and that of her customers. Unfortunately for her, law enforcement agencies were able to detain her through a string operation.

“As alleged, De Alba dispensed heroin and methamphetamine from the shadowy corners of the internet, believing that it provided anonymity to her and her customers. But thanks to the outstanding work by this Office’s prosecutors and DEA special agents, a bright light has been shined on her activities, and she will now be held to account for her charged criminal acts,” United States Attorney Richard P. Donoghue said in the release.

According to the press release, Joanna used the moniker “RaptureReloaded” on Wall Street Market, a global marketplace on the dark web. She allegedly accepted bitcoin for distributing the drugs to her customers while providing free shipping to the U.S. and all communications were made through encrypted email and messaging channels.

On January 3, 2019, an undercover DEA agent bought 30 grams of heroin for $1,810 and 10 grams of methamphetamine for $160 from RaptureReloaded listing and made payment in Bitcoins as requested.

Eleven days later, the undercover agent received the package from RaptureReloaded via the U.S. postal service, containing substances that tested positive for both heroin and methamphetamine, 30 grams and 10 grams respectively.

De Alba was also charged for using her deceased husband’s identity and credit cards for her drug business on the dark web. Between August 2018 and January 2019, law enforcement agents seized five packages that were shipped from the Netherlands and Canada to Joanna’s dead husband apartment in California.

The defendant, who was arrested on October 24, 2019, at the US-Mexico border while attempting to enter the U.S., will be arraigned before United States Magistrate Judge Steven L. Tiscione. If proven guilty, she will face a minimum jail term of five years and a maximum of 100 years in prison.

In August, the United Nations (UN) released a report stating that criminals are increasingly using cryptos like Bitcoin to finance their illicit activities, thanks to the anonymous nature of cryptocurrencies.

“Cryptocurrencies makes it hard for investigators to manage some huge risks because in the past tracking these activities are easier [via local bank transfers], but with the use of cryptocurrencies [in these activities] it is complicated to track and manage,” said Neil Walsh, head of the Cybercrime and Anti-Money-Laundering department of the UN’s Office on Drugs and Crime. 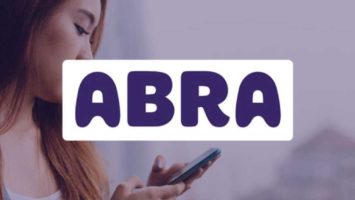