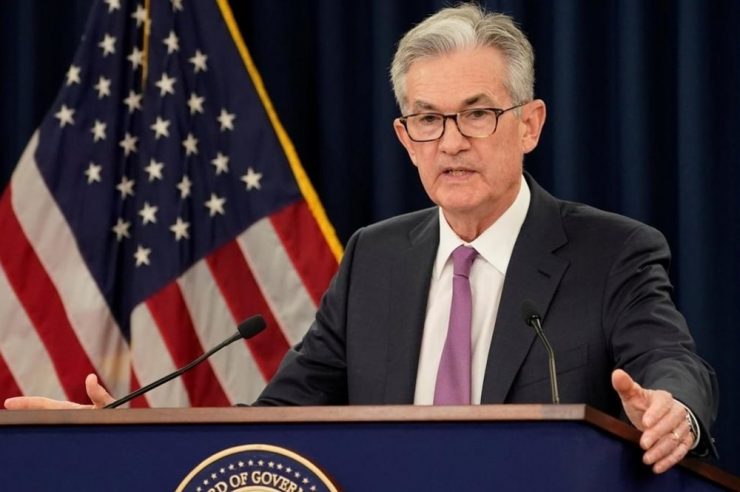 Chairman of the U.S. Federal Reserve, Jerome Powell has revealed that his agency had met with Facebook before the public release of the whitepaper for the company’s planned cryptocurrency, Libra.

Powell made the revelation during a press conference in Washington, D.C. yesterday, telling the audience,

“Facebook, I believe, has made quite broad rounds around the world, really, with regulators, supervisors and lots of people to discuss their plans, and that certainly includes us.”

Powell, however, explained that the Fed does not have “plenary authority” over cryptocurrencies like Libra, although it could make a significant input on payment systems through international forums.

The Fed Chairman also claimed that Facebook’s Libra will not have any effect on the central bank’s ability to conduct monetary policy noting that cryptocurrency is still in its infancy and will not affect monetary policy as “we’re a long way from that.”

Despite downplaying the possible effects of the currency, Powell also expressed concern that amid its benefits, Libra could also bear potential risks because of the size of Facebook’s influence on the global community and the potentially ‘large application’ of the cryptocurrency.

Meanwhile, as Coinfomania reported, Facebook recently unveiled its digital currency Libra set to launch in, 2020, and it’s digital wallet Calibra will enable users, spend, send and, save the coin. The new cryptocurrency is developed collaboration with top companies such as Visa, MasterCard, PayPal, eBay, Lyft and, Uber.

As it is, though Libra has generated a lot of interest and controversy both in the crypto community and beyond.

While French Finance Minister, Bruno Le Maire warned that Libra should not be a replacement for sovereign currencies.,Mark Carney, Governor of the Bank of England, noted that the U.K Central Bank is taking a close look at the coin.

Carney added that Libra might have to go through the “highest standards” of global regulation.