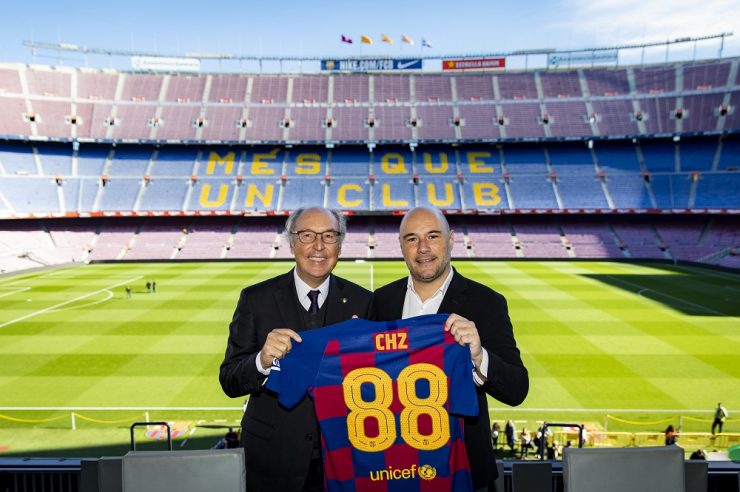 Spanish soccer giant, FC Barcelona has, according to a press release shared with Coinfomania, entered a partnership agreement with fan tokenization platform Chiliz, a cryptocurrency that gears blockchain-backed platforms and products toward casual customers.

The new agreement, which was announced today, forms part of FC Barcelona’s new digital and commercial strategy and will see the club get a closer engagement with their global fanbase via Barca Fan Token ($BAR).

Barca fan tokens ($BAR) will soon be made available on the Socios mobile app. They will allow fans to participate in polls and surveys in exchange for exclusive rewards and influencer points. Earlier this month, the Socios app hit the 100,000 user mark.

Notably, the new partnership marks the first that FC Barcelona, which reportedly has over 200 million fans, has signed with regards to blockchain technology. The club hopes that the latest step will help spur their vision to new digital channels and platforms that will create efficient connections as well as engagement with their fans worldwide.

Joseph Pont, a member of Barcelona’s board who is as well the head of the club’s commercial activities while commenting on the latest development, claimed that they are proud to have the Chiliz in the Barca family as a global partner.

Pont confessed that the partnership with Chiliz would create an opportunity for the club to make market innovations and partnership activations through the digital world.

Similarly, the CEO and founder of Socios and Chiliz, Alexandre Dreyfus, lauded their partnership with FC Barcelona as one of the most high-profile for the project since the Spanish side is arguably the most renowned and supported football club in the world.

Meanwhile, FC Barcelona is now the eight soccer side and the ninth club in general to partner with Socios and Chiliz to launch fan tokens. Other high-profile teams in the same bracket include Barca’s league rivals, Atletico Madrid, Italian giant, Juventus, and English side West Ham.