Facebook’s decision to create its digital currency has successfully completed its first test before the U.S Congress.

The Senators took Facebook apart concerning its users’ data policy with significant concerns on the amount of personal information it keeps. Generally, lawmakers expressed skepticism concerning the launch of the digital currency, Libra.

To be fair, it would seem that most of those present at the briefing do not understand the concept of cryptocurrency and the purpose of Libra.

Sherrod Brown, Ohio Senator asked, “Do you really think people should trust Facebook with their hard-earned money?” Brown, who was a top Democrat on the banking panel, continues stating that he thinks the idea is “delusional.”

On the other hand, it would seem that the Senate has not separated Facebook from Calibra, its cryptocurrency arm.

Also, the Facebook data breach of 2014, 2016, and 2018 makes Facebook a least trusted entity sometimes forcing users to stop ads on the platform. Expressing doubt on Facebook’s capability to handle users data, Republican, Senator Pat Toomey from Pennsylvania asked Marcus if users have to consent to have their financial data monetize the way the Facebook utilizes the data of its other users.

He adds, “Someone will have data of those people. You’re telling me that nobody in Calibra is going attempt to monetize it?”

In defense of Calibra, Marcus explained the safeguards the digital currency would have, “We want to ensure that people, as long they have a legitimate use of the product, can do what they want with their money. We will be thoughtful with writing these policies.”

Also, Marcus clarified that Libra has no intention of competing with the national currency of any country and would not interfere in the monetary policy of central banks. When asked about the effect Libra will have on the U.S. currency; he added that even if Libra doesn’t dominate the space others will.

Marcus adds, “Libra is an alternative with which consumers will have the ability to use the wallet. If we stay put, in 15 years, we’ll have half of the world operating on blockchain technology, and half of the world will be blocked. we don’t want that.”

The hearing was adjourned with the Senators asked to submit further questions regarding the Libra project before July 23. Marcus was ordered to provide the relevant answers within the shortest time possible after receiving the queries.

Meanwhile, while David Marcus was trying to convince the Senate that Facebook is just one of the companies in charge of Libra and would not complete control, the price of Bitcoin dropped.

As at the time of writing, the price of Bitcoin is $9758.02. A lot of fingers point towards the Senate meeting with David Marcus. 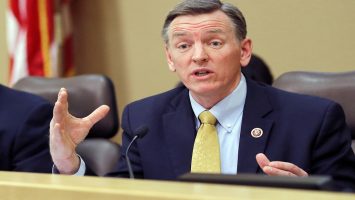