Social media behemoth Facebook has on-boarded another lobbying firm to assist in its regulatory battle, following the increased congressional pushback triggered by its plan to launch a cryptocurrency, Libra.

He reportedly also served at the United States Senate Committee on Homeland Security and Governmental Affairs and led the Congress’ first work into digital currencies in 2013.

The development with FS Vector was revealed earlier this month. Facebook, via a lobbying registration documents filed with the US Congress, noted that it was retaining the FS Vector for support on the “issues related to blockchain policy.”

As Coinfomania reported, the Libra project is facing its latest antitrust investigation from the European Union (EU). The EU issued a paper in the form of a questionnaire to several groups related to the Libra project.

The EU is “currently investigating potential anti-competitive behavior,” related to the Libra project following the concerns that it would likely shut out rivals, the documents claimed.

Also, concerns on the possibility that Facebook may combine Libra-backed applications with its other existing social media platforms such as Messenger and Whatsapp was raised by the regulators. 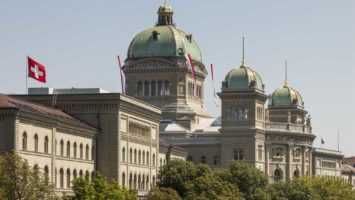