Since Facebook released the whitepaper of its proposed digital currency, Libra, the project has received widespread scrutiny from global regulators, including the European Union (EU), with the EU recently reiterating its stance to prevent the launch of the Libra project.

According to a proposal by the EU, as seen and reported by EurActiv today, members of the EU will deliberate on the negative implications of stablecoins, including the Libra token on the global financial system on Friday.

The regulators will also be discussing the possibility of banning stablecoins that pose “excessive risks.”

“All options should be on the table, including the possibility to take measures preventing the development of projects that would create unmanageable or excessive risks,” the draft reads.

As per the report, the latest proposal is an amended version of the previous draft, a document prepared by Finland’s rotating presidency of the EU, which was not clearly explained.

One of the criticisms that the Facebook’s Libra project has received over the past few months is that the project lacks clarity in terms of explaining to global regulators how regulatory measures can be applied to the project.

Notably, the EU will not only stop the launch of these risk-associated stablecoins in Europe but “would impede the development” of such crypto projects until they have addressed all the challenges and risks of such projects.

EurActiv explained that the EU had earlier sent two questionnaires to the Libra association to have a better understanding of the functionality of the project. However, the information gathered was not enough to aid regulators’ understanding of Libra, thus making it difficult for the EU to reach definitive conclusions.

The report further noted that the EU officials are under pressure to hasten up with its move to establish a new set of rules for stablecoins that will be based on “sound evidence” and “general principles,” while acknowledging that hasty decision would most likely bring unintended consequences.

The EU officials also urged the European Central Bank (ECB) to continue with its effort in assessing the benefits of launching a digital currency for the region. 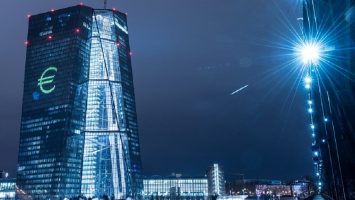