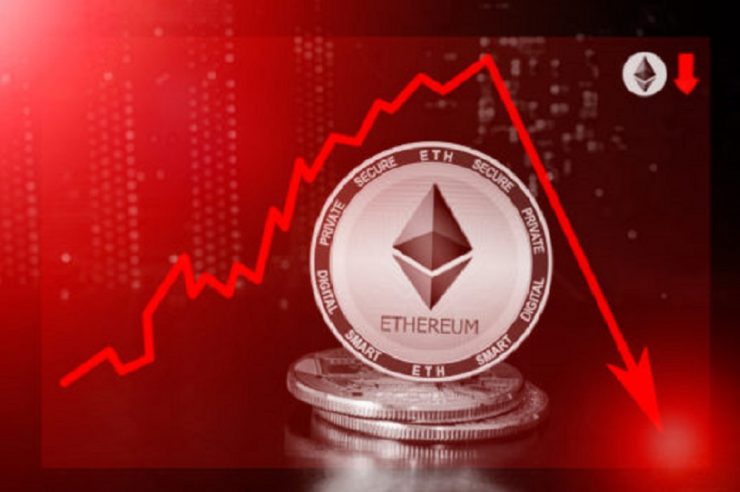 A few minutes to the time of writing, Ethereum retraced to the sub-$1,600. The coin has hit a low of $1,500 but met rebound at the level. As at this time, the asset is trading above $1,500 which suggests that ETH is still in danger of more downtrends.

The drop is no surprise as a previous analysis noted the presence of a CME gap between $1,500 and $1,600. The write-up also added that the largest alt may test the highlighted and dip further.

Nonetheless, in the wake of the correction, more than $10 million in long positions had been liquidated on the derivatives market. There are more indications of more price decreases. One such is the Moving Average Convergence Divergence (MACD).

The most recent drop has resulted in the 12-day EMA intercepting with the 26-day. This phenomenon is described as a bearish divergence which may signal the start of more downtrends.

The Pivot Point Standard is also hinting at the largest alt experiencing more price decreases. Ethereum is currently on its way to testing its first pivot support. Additionally, the asset under consideration is showing signs of becoming oversold.

A closer look at the Relative Strength Index reveals that the metric is almost below 30. A further retracement could increase the effect of the bearish dominance and the largest may be fully oversold.

Ethereum is not the only coin affected by selloffs. The global cryptocurrency market is down by a few percent and one project has lost more than 5%. Monero has tested its 20-day low. An attempt at $160 support was seen but the mark did not flip.

XMR rebound at the level and may end the intraday session above $165. Nonetheless, the project’s indicators are also looking like ether’s. They’ve all flipped bearish with the MACD hinting at further retracements.