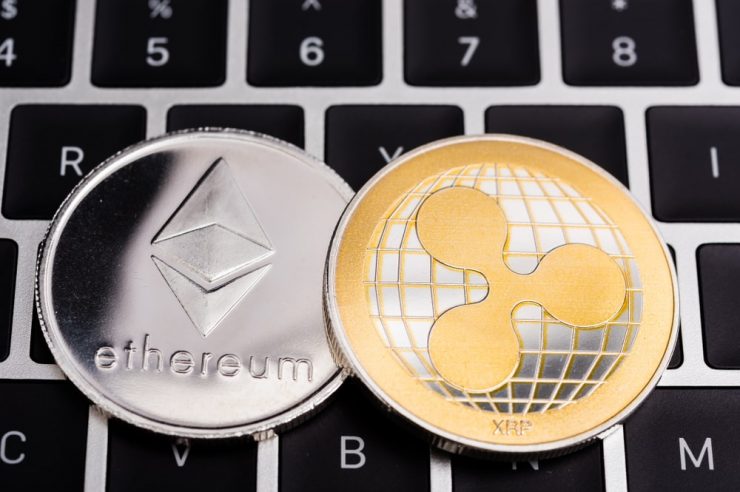 Ethereum (ETH) edges closer to getting a new all-time high with every passing surge. A previous analysis confirmed that Ether will break its previous all-time high. The report noted that this year looks more promising as ETH continues to push for a new ATH. At the time of writing, ether is declining in value. The analyst further stated that It is only a question of time as to when a new surge will start as traders are poised at seeing ETH closer to a new all-time high and will not relent until we see new ATH.

True to these statements, ETH edges even closer to breaking the previous ATH. Yesterday, the second-largest cryptocurrency tested the $1,400 resistance level for the first time in a while. It is also important to note that various sites reported a new ATH, this is as a result of different ATH across different sites. With renewed interest,  traders will push the price even further.

In December, everything was set for XRP to test the $1 resistance and even surpass. Traders were stocking up the digital currency and there was enough hype to push for more investors to pick interest in it. Unfortunately, the surge and all the hype died as a result of a lawsuit that was filed against Ripple.

The lawsuit made many investors sell off their assets as soon as possible to avoid losing their money. The actions of these investors caught some whales unaware but brought the price of XRP down. Since then, XRP has continued to struggle between $0.2 and $0.3.

In an interview with Wilfred Michael, one of the editors at Coinfomania shares his thoughts regarding the XRP and SEC saga. He said there is little or chance Ripple will win the lawsuit and as a result, will be required to register XRP as a security and will only be sold to accredited investors. If Ripple does what the SEC asks it to do, it may result in reduced or no profit for the company. Ripple may decide to shut XRP down as a result of recording little or no profits.