SpaceX and Tesla CEO Elon Musk have openly publicized his support for bitcoin in a Clubhouse chat session on Sunday night.

Among other questions that one of the world’s richest men had to respond to included his thoughts about bitcoin and other cryptocurrencies such as Dogecoin, which he has often mentioned on social media.

Elon Musk said that “bitcoin is a good thing” and “is really on the verge of getting broad acceptance by sort of the conventional finance people.”

However, he also admitted not listening to earlier advice from friends who tried to convince him to get into bitcoin. He could have bought some bitcoins back in 2013 but now feels that he is “late to the party.” MicroStrategy CEO Michael Saylor recently had a tweet-chat with Musk regarding the possibility of adding bitcoin to Tesla’s treasury holdings.

Meanwhile, during Sunday’s chat session, Musk mentioned that he doesn’t have “a strong opinion on other cryptocurrencies” but still found time to discuss his tweets about meme cryptocurrency, Dogecoin.

While Musk’s tweet has often caused its prices to soar, the billionaire said in the chat session that his tweets were all a joke, just as much as DOGE was created as a joke. He said:

Musk recently added the bitcoin hashtag as the only word on his Twitter bio, a move that arguably caused bitcoin’s price to spike towards the end of last week. Prices have since retraced, and bitcoin was trading close to $34,000 at the time of writing. 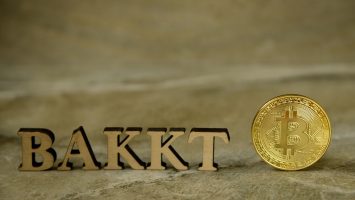