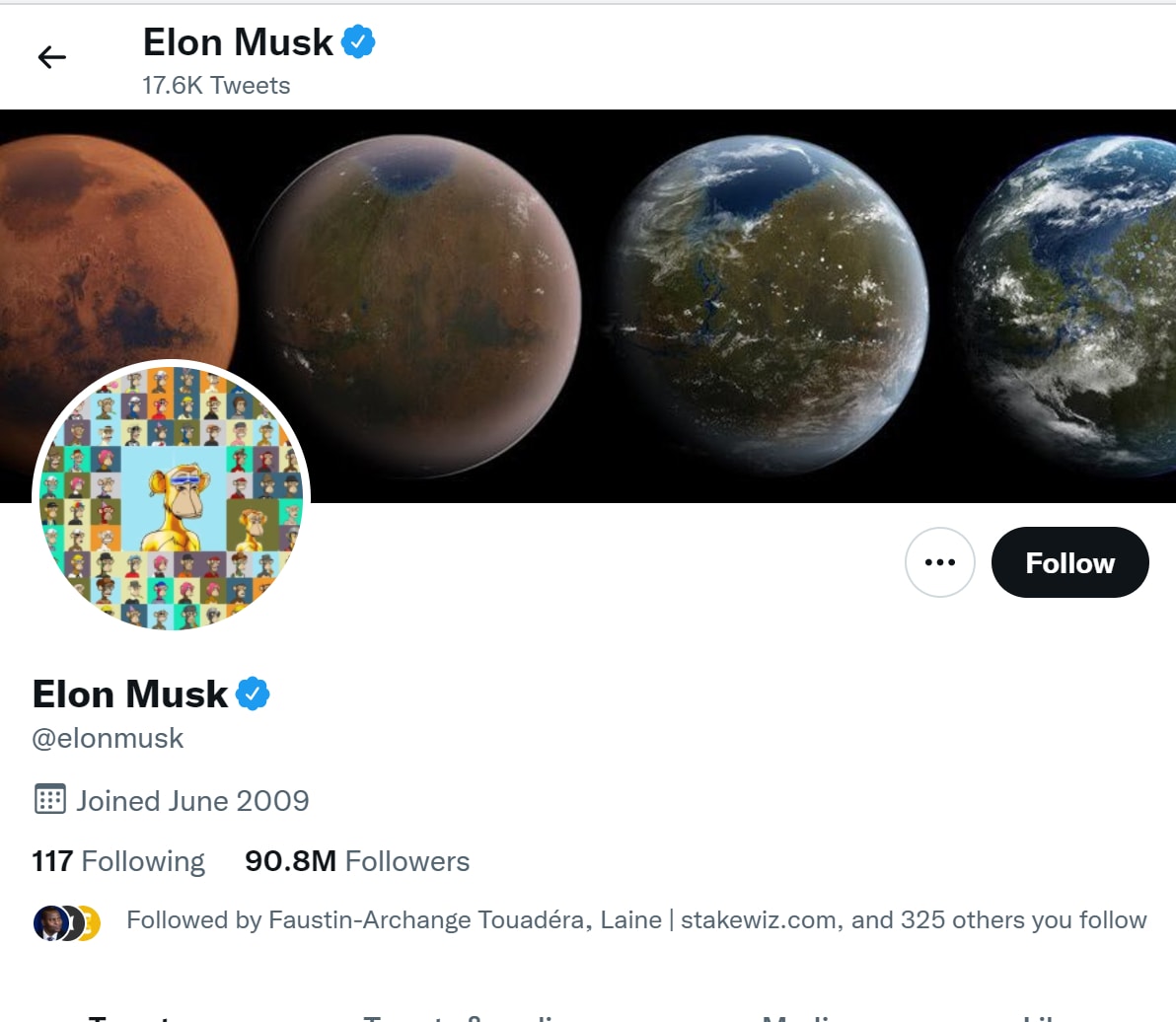 Musk is an ardent critic of Web3 and NFTs, leading to conclusions that he was simply trolling about how anyone could easily own images of an NFT, although there is a blockchain-verified owner.

Elon had earlier shown his disapproval of the NFTs when the NFT profile picture feature was first added to Twitter. The feature enables Twitter Blue subscribers to upload their JPEG and PNG NFTs as their profile pictures, which will be displayed in a hexagonal shape.

At the time, Musk tweeted:

Meanwhile, Michael Bouhanna, co-head of Digital Art at Sotheby’s, an art and collectible broker company, took to his Twitter page to indicate that he originally minted the NFT collage that Musk uploaded on Twitter today. He urged Musk to either take down the picture or acknowledge him as the creator. He said he could alternatively provide the Tesla CEO with “the original mint file” with the consent of the buyer.

ApeCoin, the governance and utility token of the BAYC NFT project, saw a 12% surge within an hour of Musk’s profile picture switch. However, less than an hour after Musk’s tweet on the matter, the token dropped rapidly back to around $14. 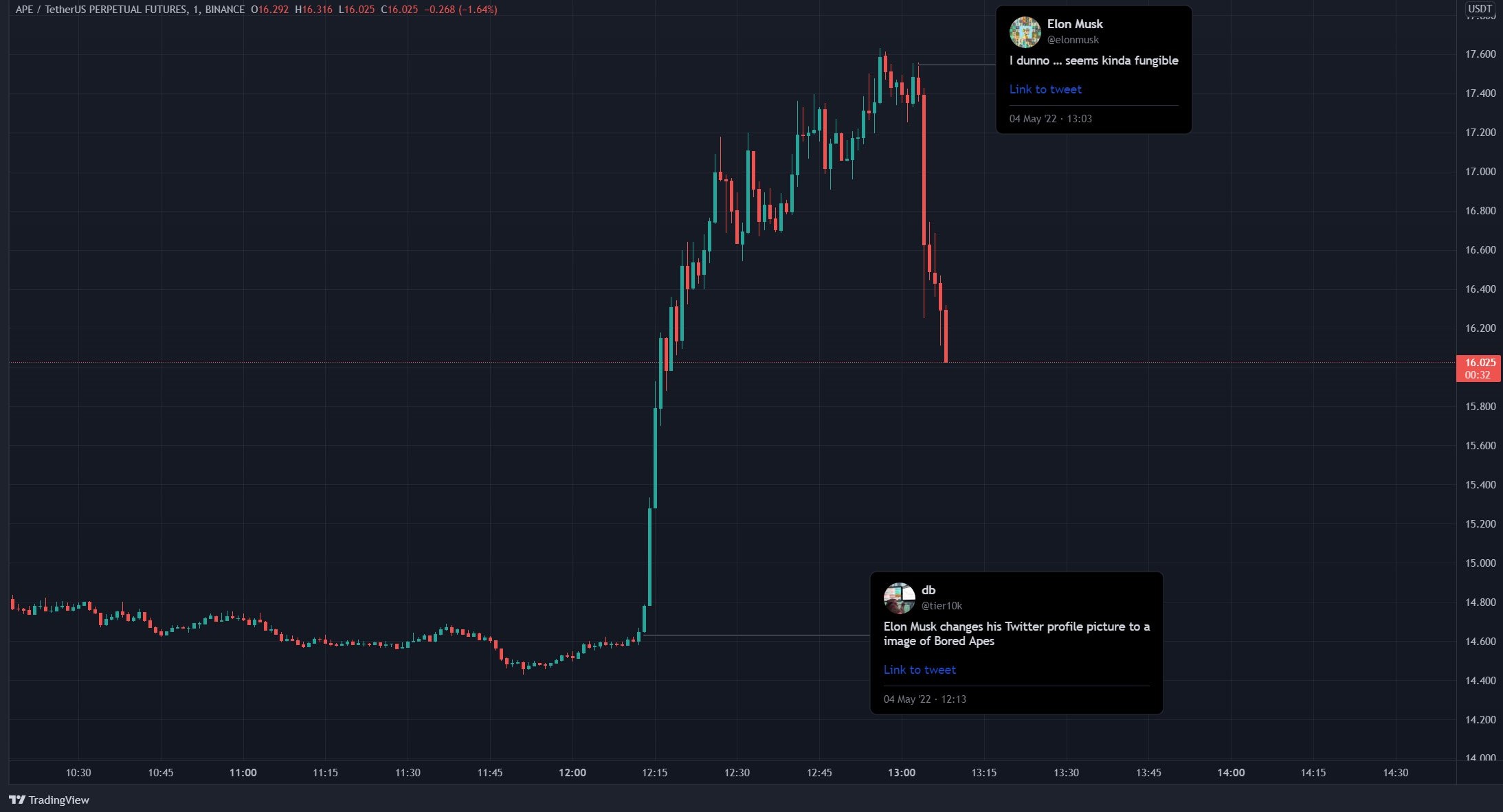 Meanwhile, the BAYC collection also saw positive price action from Elon Musk’s recent tweet, with the floor price increasing by 11%. At the time of writing, the BAYC NFT traded at a floor price of 119 ETH (appr. $340,000).