The price of Ether (ETH), Ethereum’s native cryptocurrency, has caught the eye lately with a %34 increase in the last seven days.

However, on-chain data shows that overall, the Ethereum network has seen increased activity that mirrors the same pattern recorded near the peak of the 2017/18 bull market, and the tip of the network’s busiest period since launching in 2015.

According to data from Etherscan, the Ethereum network recorded 1,137,893 transactions on Sunday, July 26, representing an 18-month high in terms of on-net activity, and less than 140k transactions shy of the highest number of 1,349,890 transactions recorded on Thursday, January 4, 2018. 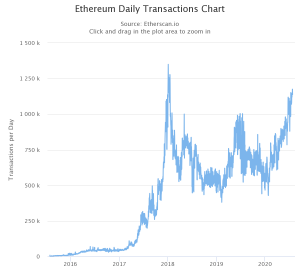 The surge in the number of Ethereum transactions is evidently a result of the continued growth and usage of decentralized finance (DeFi) applications built on the network. In the past week, the total value of ETH locked into these applications reportedly surged above $4 billion, with lending protocol MakerDAO hitting a record-breaking $1 billion cap.

Although, that landmark may appear staggering to onlookers, a recently published data by Xangle hinted at such active usage of DeFi protocols. More precisely, the monthly average of dynamic addresses on DeFi-based tokens surpassed that of both Bitcoin and Ethereum combined in Q2 2020. 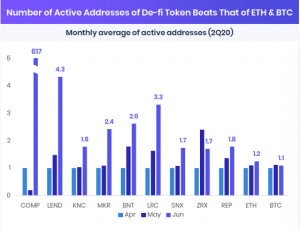 As noted at the onset, too, the price of ETH surged in the last few days, generally contributing to the number of daily transactions, and increased usage of Ethereum-based stablecoins such as Tether (USDt) and USD Circle (USDC).

What is worth mentioning too is that the last time the Ethereum network saw this much activity, the price of ETH was sitting above $1000, preparing to hit the $1352 all-time high recorded on January 13, 2018. It is unlikely at this time, that network activity eventually corresponds to ETH price, but the current numbers show increased adoption of the industry’s largest decentralized application (dApp) platform. 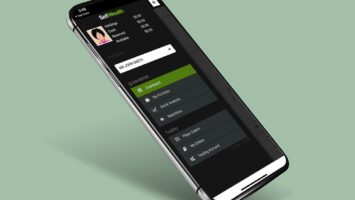