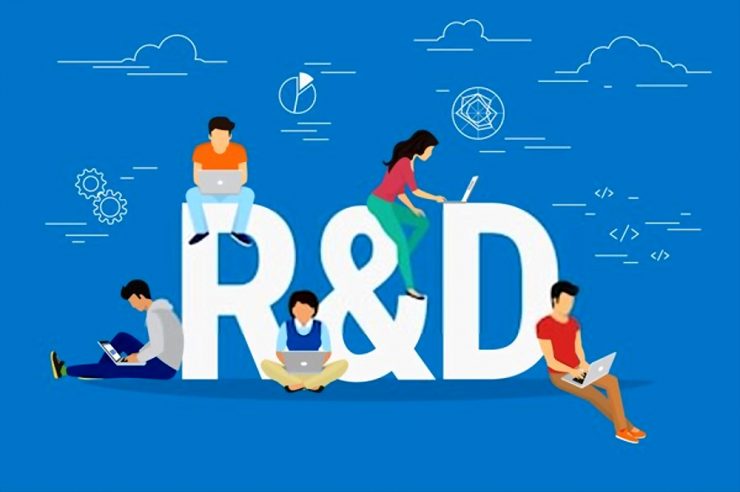 Billions of dollars were raised during the ICO boom of 2017. More recently IEOs have become popular and collectively they’ve raised hundreds of millions of dollars. A lot of investors and institutions are willing to throw money into cryptocurrency with the hope of outsized gains down the line.

Many projects will fail, in fact, many projects have already failed, yet a select few will also attain global adoption. That will be good for their investors and awfully good for the crypto ecosystem as a whole.

In this article, we’ll look at a few of the crypto projects spending the most on research and development. These projects are well funded and are working on interesting technology that they believe could change the world. First on our list: decentralized storage.

Filecoin has raised more than a quarter-billion dollars, the second largest ICO of all time. Their fundraising was beaten out only by EOS with their massive $4 billion ICO. Filecoin is well funded and that’s a good thing as the problem they’re hoping to solve is a large one: decentralized file storage.

Filecoin’s vision is to take advantage of the exbibyte’s worth of digital storage space which is currently going unused and effectively “rent it out” to people or corporations who need to store files. In one sense the system could be said to work like torrents, whereby millions of participants share files across the internet. Of course, the difference between Filecoin and torrents is that with Filecoin everything is encrypted so that only a file’s owner can view it.

Filecoin’s storage network is based around two sets of miners. Storage miners find a place to store client data and are rewarded for this. Retrieval miners must retrieve client data when requested. Both types of miners are paid with Filecoin. The hope is that as the network grows and more miners need to be paid the demand for Filecoin will increase.

Protocol Labs is the team behind Filecoin. They’re responsible for overseeing the blockchain project’s vast treasury and administering it accordingly. Provided that they budget responsibly, Protocol Labs should be able to keep Filecoin going for many years before they start turning a profit. That’s good as it may take quite a while for Filecoin to reach mass adoption.

With a $232 million fundraising round, Tezos is the third highest-grossing ICO of all time. The blockchain project got off to a rocky start in the beginning, however as of late Tezos seems to have found its way. In fact, in the last few months, it has been one of the best-performing assets in an otherwise bleak crypto market.

What makes Tezos exciting is that they’ve got a large budget and seem intent on spending it in ways that benefit the project. Similar to the Ethereum Alliance, the Tezos Foundation controls millions of dollars and awards grants to, “groups in the Tezos ecosystem that actively work to advance the project in a variety of ways.” The foundation also promotes education within the crypto ecosystem.

One of Tezos’ key developments is their self-amendment protocol. Traditionally when a blockchain project wants to carry out a major upgrade, the coin must hard fork. This is the case for Bitcoin, Ethereum and many others.

With Tezos, however, it’s possible to use a built-in protocol to seamlessly upgrade the system without reverting to a hard fork. This has the advantage of maintaining community cohesion and eliminating the risk of a split, as happened with Bitcoin & Bitcoin Cash and Ethereum & Ethereum Classic. While this self-amendment model is exciting it’s not perfect either and this is one protocol out of many on Tezos that’s being researched in order to find out where improvements can be made.

Like Tezos and Filecoin, Polkadot also raised a significant amount of capital, nearly $150 million in all. Besides retail investors, a significant chunk of funding for Polkadot comes from big-name crypto investors. This has given the chain a certain distinction in the crypto ecosystem. More than their backers, however, it is Polkadot’s unique approach to scalability and interoperability that has people excited.

Like Ethereum, Polkadot believes that scalability can be solved by breaking up one single blockchain into a series of “para-chains.” Initially, each chain will have a speciality, i.e. supply chain contracts, financial contracts, decentralized finance, etc. The chains will communicate with each other when necessary. Later on, certain popular applications may have their own chain on which to transact. The system as a whole is very flexible and it certainly appears like it could offer a viable solution to scaling.

Not only scaling, however. Polkadot’s system of parallel chains makes the project interoperable with other blockchains. For instance, transactions on Ethereum or Zcash can be relayed to Polkadot, creating an easy way to transact with different currencies. An explanation of how this is possible is outside of the purview of this article. Please see this guide for more information.

As exciting as these advancements are there is still a lot of work to be done and Polkadot has not been shy about spending the money necessary to make their ideas work. In fact, in mid-2019 the project completed a 2nd token sale to raise further capital for research and development of their technology. With this fundraiser complete, Polkadot should have enough operating capital to continue developing its chain for years to come.

Funding their way to Adoption

Blockchain is a new technology and funding its growth can take a lot of money. Bitcoin and Ethereum are lucky in that they have large volunteer developer communities. Not every blockchain is so fortunate. Coins like Tezos, Filecoin, and Polkadot, by and large, must pay the developers who are working on them.

Thankfully, these coins are incredibly well funded and each has hundreds of millions in its treasury. Hopefully, that capital will allow these projects to thrive as anything that promotes blockchain is undeniably good. From supply chain to banking to cross border remittance, the next decade promises to be huge for blockchain adoption.