The past week has seen the crypto market experience relative stability with more hikes. The industry was worth $1.61 trillion at the start of the seven-day period but is valued at $1.66 at the end. The bulls are still trailing behind the bears as that was not the intended recovery.

We saw a trend reversal during this period that set the tune for the week. Throughout the last fourteen days of the past month, we noticed the first day of the seven-day period were marked by price corrections. The first day of the current intraweek session saw the market rebound after it dipped to $1.54 trillion.

The market seems to be back to its previous pattern and may set the tune for the next seven days Report the number of unique wallets is at an all-time high and new all-time high of 26.22 Million $ETH is held by top non-exchange whale addresses played a major role during the past week

Data from Alternatives shows that recent improvements in the fear and greed index have stopped as the metric is back at 20 following a rise to 30 during the past 24 hours. The crypto industry is down by a few percent as at the time of writing. Will there be a reverse like the past seven days? Here are the top five cryptocurrencies to watch this week.

BTC ended the past intraweek session gaining more than 4%, owing to the relative stability and little hikes it experienced during that period. With so many dojis, the previous becomes more clear.

However, Bitcoin saw it biggest trading volume on the first day of the week as it retraced to its lowest in almost six months. After finding support at $32,950, the top coin was seen oscillating between $35k and $37k with few moments above $38k.

BTC saw the biggest uptrend on the third day of the week as it experienced a short push to $38,919 – the intraweek high. Unfortunately, the largest cryptocurrency by market ended that intraday session with small losses that saw the bears grinning.

The apex asset benefitted from a three-day hike that saw it record a significant increase at the end of the seven-day period. A previous analysis noted that the Moving Average Convergence Divergences intercepted over the last 24 hours signifying a bullish divergence – a hint of more uptrends.

Unfortunately, price actions over the past 24 hours have made this prediction void as BTC is currently on its second day of consecutive losses. Nonetheless, MACD has stopped its uptrend and is stable. However, we note the bulls’ efforts to hold price above $37k.

The moving average convergence divergence (MACD) histogram suggests the decreasing buying volume which has resulted in the BTC losing critical support. If the bears maintain the current momentum, we may see the largest digital asset as low as $34k at the end of the week. A trend reversal may set bitcoin up for a repetition of the past seven days’ price actions.

The twelveth coin by market cap closed the past week as one of the top gainers. The coin is going through a cooldown as it rose to an intraweek high of $73 but is currently trading at $65 per token. Avalanche stopped on its bullish track during the previous intraday session as it lost a considerable amount of its value.

AVAX opened the previous week at $64 and closed at $68. The gap between the starting price and the level it ended the intraweek activities indicates a more than 5% hike. The AVAX/USD pair saw a gradual progression in its uptrend as it accumulated almost 8% on the third day of the period under consideration.

Although the avalanche is down by almost 4%, there are indications of the digital asset rebounding. With the twelfth largest coin holding on to the $65 support, we may expect the bulls to continue defending this mark as the project may retest $62 once the level flips.

However, AVAX is one of the many cryptocurrencies to watch this week as the project experienced a bullish divergence over the past 48 hours as seen MACD. Going by this, we may expect the AVAX/USD pair to surge above $75.

Polygon failed to record significant profit or loss last week as it saw a low of $1.3 and a high of $1.8. Following a more than 30% deficit during the last two weeks ago, the token has been on the rise for the most part of the past seven days. Unfortunately, the same cannot be said now.

We observed that the coin is trading a little lower than it opened the intraweek session. Considering the state of the crypto market, it is hard to predict how MATIC will perform in the next six days.

The situation of the project is however alarming as it high volatility has played to its advantage. Nonetheless, MATIC is one of the many cryptocurrencies to watch this week as MACD is about to see a bullish interception. There is no established support until $1.4 but we may see the project pick up momentum and flip the $1.8 resistance before the end of the current seven-day period.

Closing the past week at a 10% decrease and starting a new one almost the same way it did the previous, FTM may be off to a bad start. Fantom peaked at $2.58 and saw a low of $1.9. Price action over the last seven days suggests that we should expect another volatility-filled week.

The FTM/USD pair has stayed off the $1.5 mark since ascension some weeks ago. We may expect the continuation of this trend in the next seven days. We observed that the surge to the intraweek high was fast but met by correction. If the pair sees the same uptrend, it may test the $2 resistance and may succeed provided we see a repeat of last week’s actions.

However, if the bulls fail to defend the $1.9 support, FTM may end the next seven days trading below $1.8. A flipping of the $1.8 support may result in fantom retesting $1.5 before rebound.

Decentraland made a return to the top 35 and was one of the top gainers in the category as it gained more than 18% last week. The project kicked off at $2.1 and closed at $2.5 as it saw a high of $2.56. The digital asset was no doubt very bullish during that time as six of the past seven days were represented by green candles.

The 31st coin by market cap is enjoying a spill over the past week sentiment has is enjoying a few hikes as of the time of writing. Although no significant increase has been recorded, nonetheless, the asset is enjoying a lot of stability above $2.5. MANA hit a “wall” as the $2.6 resistance proved to be the strongest so far after $2.56. The current price shows that some traders are taking profit as the coin under consideration is trading at $2.54 following a correction at $2.61.

MANA may continue to enjoy these little pumps that may send it as high as $2.7. Massive buying pressure may result in the coin surging to $3. The MANA/USD pair has the potential to surpass $3.2 this week as the bull may continue to push the coin. 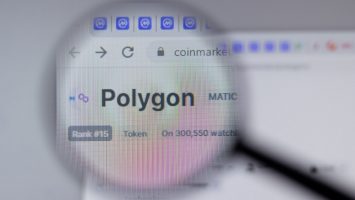