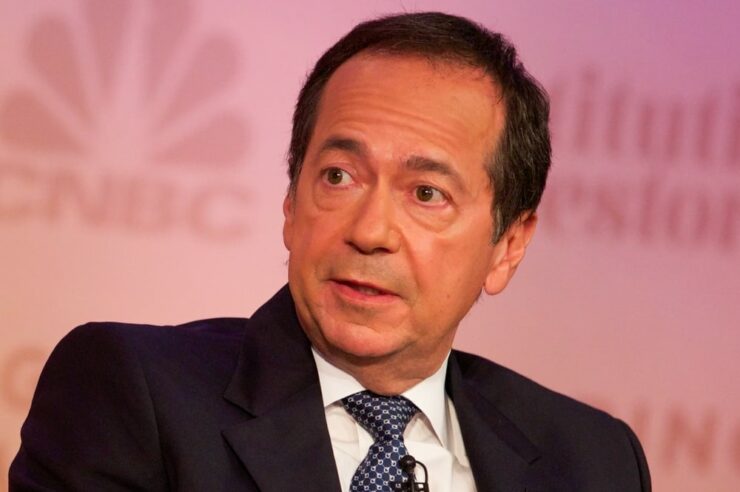 Billionaire Johnson Paulson is the latest traditional financial investor to criticize cryptocurrencies. In a Bloomberg interview today, the 65-year old billionaire gold investor said it is not advisable for anyone to invest in cryptocurrencies because they are worthless and will eventually go to zero.

According to the billionaire, the popular yellow metal — gold —  is a better inflation hedge because it has a “limited amount.”

On the contrary, it is not feasible to calculate the total supply of gold to know whether it is limited or not because of the possibility of unraveling a gold mine at any time.

Paulson’s comment about gold being a better hedge against inflation due to its limited amount would most likely attract criticism from the cryptocurrency community.

This is because the long-term debate in the financial space to identify the best financial instruments between gold and Bitcoin (BTC) has seen many opt for the latter because it has a fixed and limited supply.

Paulson also expressed this in the interview by saying that the reason cryptocurrency values have increased in recent times is due to their limited supply.

Paulson’s Opinion May Not be Taken Seriously

Despite cryptocurrencies outperforming gold on a year-to-date (YTD) basis with more investors adopting the former as a hedge against inflation, Paulson does not seem to believe cryptos are better financial instruments than gold amid inflation.

Many crypto investors may not agree with Paulson’s opinion about cryptocurrencies due to his controversial investment choices in recent times.

Last year, the billionaire converted his hedge fund to a family office, with all external investors’ capital returned.

Paulson, who built his fortune by wagering against the U.S. housing market more than a decade ago, saw a majority of his company’s assets slump to about $9 billion from a high of $38 billion recorded in 2011.