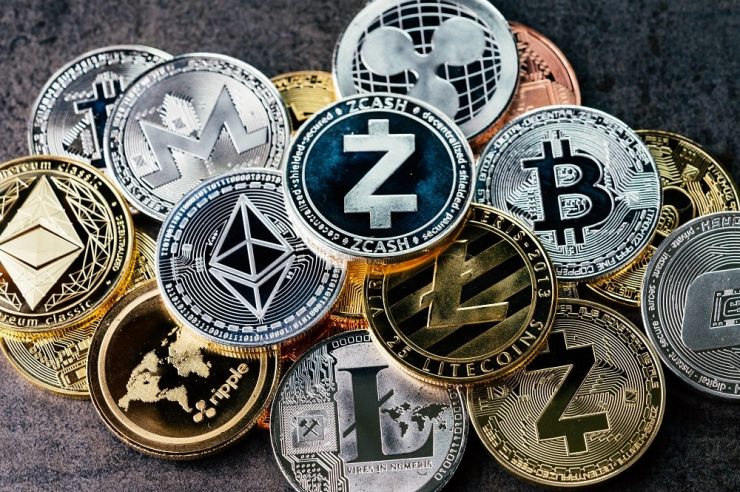 The crypto market took a turn for the worst on Friday as the crypto market saw a massive downtrend. Many cryptocurrencies were affected by the corrections as they lost notable fractions of their worth.

As a result of the decrease, the global cryptocurrency market cap dipped as low as $1 trillion. It opened the week at $1.19 trillion and closed at $1T which denotes a more than 14% decrease.

On the aspect of fundamentals, there were no market defining moments. Nonetheless, there were a ton of legal battles. For example, a court in the U.S. rejected a $27.5 million settlement deal against Block.one.

There were also some positivities. One such is the announcement that Google invested $1.5 billion into crypto. Unfortunately, prices failed to trail along with this news and most cryptocurrencies lost a notable fraction of their value.

As at the time of writing, these assets are struggling to recover with no real progress. Let’s examine the performance of some coins in the top 10.

Bitcoin was trading above its pivot point at the start of the previous week. It also showed signs of progress as we observed it peaked above $25k. Unfortunately, the coin saw saw rejection at its peak and retraced.

It dipped as a result, closing with a small change in price. An almost replication of that intraday session translated on Monday as we noticed another slight decrease in price. The gradual decrease continued until on Wednesday when the apex coin lost almost 3%.

Slight the decrease the next day. However, these small changes in price amounted to a more than 5% decrease from the opening price. Bitcoin saw its biggest dip on Friday as market conditions worsened.

The leading cryptocurrency started trading at $23,192 and showed no notable move to the top. Selling congestion hits immediately which sends BTC as low as $20,785. This is the first time since July that the asset is dipping to this level.

Nonetheless, the apex coin lost more 10% during that session. The largest cryptocurrency by market spent the last two days of the week trying to recover, which proved abortive. As a result of the downtrend, several indicators are blaring warnings.

For example, the Moving Average Convergence Divergence indicates that  bitcoin experienced a bearish divergence as a result of the market situation at the time. The Relative Strength Index is another telling metric.

It dipped as low as 40 – 10 points from the boundary between an oversold asset and a normal. BTC also lost its pivot point and was close to testing its first pivot support but halted as demand concentration increased. On the weekly chart, the apex coin lost more than 11% and peaked at $25,202.

Ethereum started the previous week on a high note as the previously highlighted coin. It was trading above its pivot point and made fine progress above the first pivot resistance . However, after a brief stay at the mark, we observed that ETH retraced.

It lost all the accumulated progress’ and closed Monday with a red candle. A similar event took place during the next intraday session as the largest alt coin made considerable progress in flipping key resistance.

Unfortunately, the upward push came to an end as it met correction. Ethereum also ended that session with meager losses. Another uptrend took place on Wednesday which saw the coin retest its pivot resistance.

It failed to break the barrier as it lost momentum. The minute losses took a turn for the worse on Friday as selling congestion worsened. It opened that session at $1,847 and went on a downtrend immediately.

Ether tested the $1,600 support but stopped as the bulls defended the mark. Nonetheless, the asset under consideration lost 12% of its value per unit. Unlike BTC, another power struggle took place the next day as the altcoin peaked at $1,655.

However, the $1,600 support broke as the ETH dipped to a low of $1,524. The last day of the week saw the largest alt attempt recovering with an almost 3% increase. In the end, ethereum lost more than 16%.

More indicators are also blaring warnings. For example, MACD shows that the massive decrease in price has resulted in a bearish divergence. Additionally, RSI also fell below 50 which is a bad sign.

The Pivot Point Standard is also looking bad. Although ETH is still trading above its pivot point, the proximity between it price and the mark is small and further downtrends may result in a flip.

Binance coin is one of the few coins that close on the first day of the week with considerable increase. However, this did not mean it was immune to worsening market conditions as it also felt the impact.

For example, it peaked at $327 but met corrections and dipped as low as $214 but recovered to a close at $319. The change in price was not significant as the coin opened the week at $317. BNB saw little trading volume during the next session.

It also closed with a red candle as the bears edged in the struggle for dominance. On Wednesday, the altcoin saw more trading volume play in the favor of the sellers as it lost almost 3%. Nonetheless, it has made little progress in reclaiming the lost levels.

The dip went deeper during the next session as the asset under consideration dropped by almost 3%. While most assets saw a more than 10% decrease, BNB saw a cushioning effect as we observed that it only lost 6% as the bears bit harder.

The last two days of the week saw the cryptocurrency recover. One of the notable events took place during the last intraday session of the week. The exchange token surged from $283 to peak at $304.

It canceled Friday’s loss as it ended that 24-hour cycle with a more than 6% increase. In the end, BNB closed the week with a 5% decrease. Nonetheless, indicators blared warnings. One such is the Moving Average Convergence Divergence.

The 12-day EMA dropped below the 26-day which signifies a bearish divergence. The Relative Strength Index was another metric that indicated more downtrends ahead. At the peak of the bearish dominance, it dipped to 40 but has since recovered as a result of the continued improvement in price.

The Pivot Point Standard provided little comfort as BNB closed above its pivot point and closer to its first pivot resistance.

It is safe to say that Ripple did not see the intended result of trading action during the previous intraday session. It kicked off the week slowly as it failed to record any changes in price. This is because after its peak and low, it closed at exactly its opening price.

Tuesday was another unfruitful day for the coin as it failed to close with any notable gains or losses. Nonetheless, we saw it bounce back from a dip to close with a green candle. XRP saw more trading volume during the nest intraday session.

It was on its way to testing the $0.4 resistance but stopped in its tracks as it met strong selling congestion at $0.39. It also dipped to a low of  $0.36. Unfortunately, the asset closed with no notable increase or loss.

Market conditions became stricter on Thursday as we observed an almost 3% decrease. Like most cryptocurrencies, Friday was not the best day of the week. XRP lost almost 10% of its value per unit.

The coin spent the last two days of the week recovering from the losses, Unfortunately, these efforts proved abortive as there was no significant change in price. In the end, ripple closed the week with a more than 8% decrease.

As with previous assets, MACD’s 12-day EMA dropped below the 26-day which signifies a bearish divergence. The Relative Strength Index was another metric that indicated more downtrends ahead. At the peak of the bearish dominance, it dipped below 40. Additionally, the intraweek session ended trading with XRP below its pivot point.