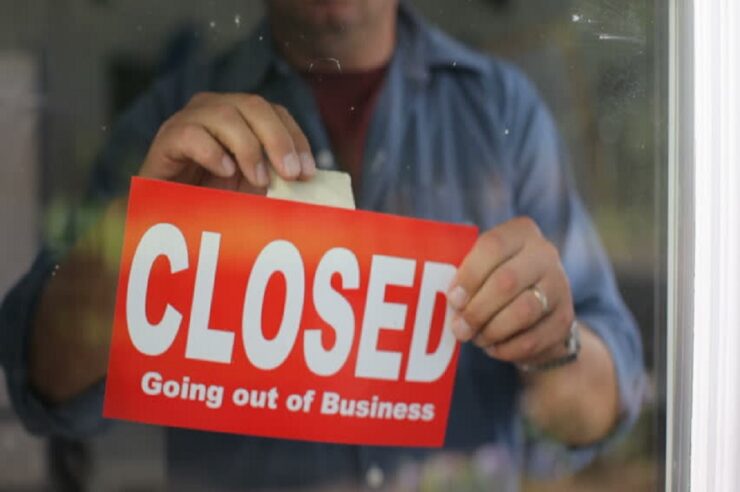 One of the top cryptocurrency news sites, CCN.com in a blog post today reported it would be shutting down, after noticing a drastic fall in mobile traffic attributed to the core update on Google search algorithm.

CryptoCoinsNews (CCN) was set up in 2013 as a cryptocurrency-focused news source. The site has since then emerged as one of the most visited crypto news platforms with significant traffic and users.

As per the internal charts published on the report, CCN also enjoyed good organic search activity and quality traffic over its 6 years of existence.

However, the post today by the Founder Jonas Borchgrevink, unfortunately, revealed that CCN would be shutting down, after recording about 71% fall in mobile traffic.

The recent development with CCN is coming after Google initiated the June 2019 Core Update, which supposedly was designed to improve the quality of Google’s search results.

Google search update not only affected CCN but also Coindesk and Cointelegraph, according to the post.  Coindesk, for instance, reportedly saw a 34,6% drop, while Cointelegraph had a 21,1% mobile drop.

The fact that several leading crypto news sites was hard-hit makes it impossible to tell whether Google’s June 2019 Core Update is a crackdown on cryptocurrency media agencies.

Other notable sites outside the cryptocurrency sectors such as Daily Mail recorded a similar impact.

Writing on the possible reasons for the perceived clampdown, Borchgrevink alleged that CCN’s conservative posts led to the fall in search activity. To that effect, the founder called out the media organizations around the world to take a stand against the hideous practice by Google.

Meanwhile, Coinfomania reported recently that the giant search engine Google, just like Facebook, had relaxed its ban on cryptocurrency activities and related ads.