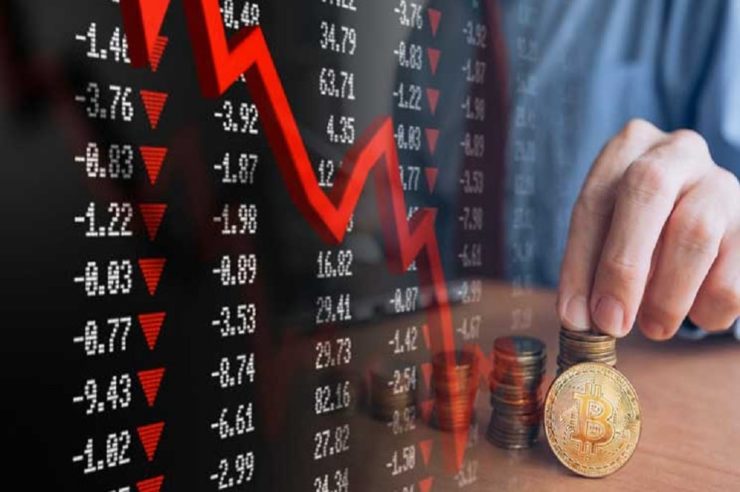 The markets are drowning in a pool of red today Tuesday, Aug 27 as all top 20 cryptocurrencies are recording moderate losses between 1 to 5% with king Bitcoin struggling near the $10,100 region.

Although Bitcoin started the trading session with prices hovering between $10,350 and $10,400, the coin has lost 2.70% of its value, placing its valuation at $10,099 at the time of writing. A further decline in value in the next few hours would send its price below $10k, a spot which the cryptocurrency battled with Thursday last week before its recovery.

The second-largest cryptocurrency and leading altcoin by market cap, Ether, is facing the same fate as bitcoin on the trading day with a 2.14% loss. Eth failed to hold above the $200 mark which it achieved 14 days ago and is now trading at $186.

Ripple XRP, like other major cryptocurrencies, is affected by the flash of red across the market today, with the coin trading at $0.26, indicating a 1.18% loss. Despite Ripple’s continuous and bulky partnerships with global financial institutions, the value of XRP continues to decline slowly.

Bitcoin SV (BSV) is the biggest losers in the top 10 with a 4.57% fall in its value over the last 24 hours. There may be a further decline in the coin’s value due to the recent court decision against Craig Wright, the leading player in the BSV community.

Despite the shade of red covering majority of the cryptocurrencies, a few coins and tokens have managed to stay on the green side of the market with moderate gains.

A massive 25.30% gain today placed MaidSafeCoin (MAID), the native currency of the SAFE Network, as the most significant gainer in the top 100 markets with its price trending above $0.20 at the time of writing.

The overall outlook of the markets remains bearish with bitcoin still holding as much as 68.8% of the market dominance. The total market cap of all cryptocurrencies is $263 billion.