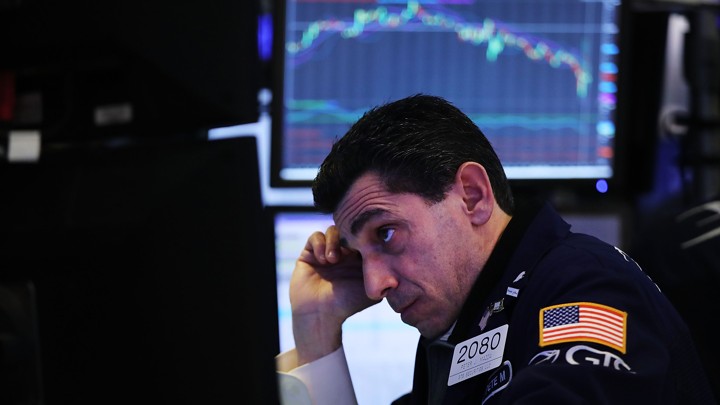 The crypto markets have slightly dropped yesterday’s brilliant performance at the start of this new trading day with Bitcoin going below $4000 once again. Most of the top coins are also taking some gentle beatings, but the situation is not only limited to the crypto industry.

CNBC analysts yesterday confirmed that the S&P 500 (stock market index for top 500 publicly listed U.S companies) has officially gone into a bear market. The index had lost over 2.7% on the daily trading chart despite housing some of the largest corporations in the world. The downtrend started on Dec 19.

Also, the rest of the stock market has crumbled in the same way that a downturn in the price of Bitcoin can lower values for other altcoins. So there is little reason to get worried about prices dropping off in the crypto markets since prices are still well above the November dip.

With the chances of an economic crisis refusing to die out and global debt sitting at an all-time high of $164 trillion, Travis Kling, Chief investment officer at Ikagai Asset Management predicts that Bitcoin will do better than traditional stocks in 2019 if the ugly situation continues.

Crypto has never existed during a bear market in traditional assets.

BTC was birthed at the very beginning of the largest monetary experiment ever- globally coordinated QE. Ending QE is causing pain

There is a significant chance Crypto is the best performing asset class in 2019 pic.twitter.com/vIdKTrm5sV

Travis argued that the slow movement of the quantitative easing (QE) — “the largest monetary experiment [of all time],” is the reason why traditional equities are declining in value. He also pointed out that Bitcoin has never lived during a moment of bearish movement in the traditional markets since it was invented shortly after the 2008 Great Recession.

So if the decline, continues, Travis said cryptocurrencies like Bitcoin would provide a channel for consumers to opt out of the QE and to put their money into the new asset class which cannot be influenced a decision regarding the Federal Reserve.

The fact that Bitcoin and co. exist as “non-sovereign digital money” will make them a favorite asset for many people, potentially leading to crypto being the “best performing asset class in 2019.”

So that it one more reason to look beyond the bearish market performance and focus on the longterm potential of cryptocurrencies.