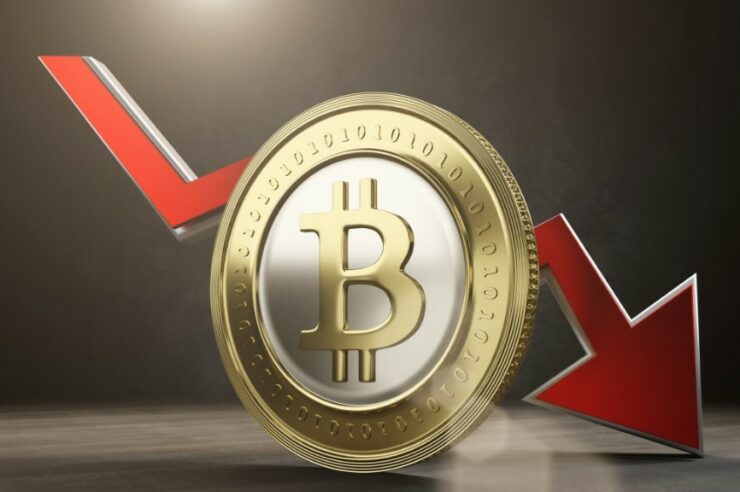 The crypto markets today continued its weird habit of dropping off during the start of a new trading week, with over $5 billion of the total market cap disappearing within the last 24 hours.

Almost all of the top 20 largest cryptocurrencies by market cap are seeing slight losses with the most significant loser being Maker (MKR) whose value has dropped by 5%.

Monday’s dip was arguably led by Bitcoin, as the top cryptocurrency dipped by weekend highs of $3758 to $3569 at press time. Bitcoin accounts for more than 50% of the wiped crypto market losses even though it is seeing a mere 0.93% decline on the daily trading chart. Bitcoin market cap is now $62.6 billion.

XRP has seen a 0.3 percent decline in the last 24 hours which translates to a price of $0.319 at press time with a market cap of $13.1 billion. At the weekend, XRP peaked to as high as $0.33 but has succumbed to the market movement at the start of the new week.

As is the case in recent times, altcoin ETH seems to be largely affected by any slight up or downward movement in the crypto markets. After selling for as high as $125 during the weekend, ETH has lost $8 within the last 48 hours, bring its press time value to $117. ETH’s market cap now at $12.2 billion

In terms of position, BCH has reclaimed its position as the fourth largest cryptocurrency by market cap, following a tumultuous hardfork in November. However, the altcoin is still way below its past glory in terms of market value with a press time price of $122, not anywhere near its value of $422 before the hardfork. On the daily trading chart, BCH has lost nearly 1% of its value. BCH has a current market cap of $2.1 billion.

Rounding up the top five is EOS which is seeing gains within the same region as XRP. EOS peak price at the weekend was $2.52, while its value at press time is $2.35. $300 million separates EOS from fourth-placed BCH as EOS holds a market cap of $2.1 billion.

Among the rest of the top ten cryptocurrencies (Stellar XLM, Litecoin LTC, Tether USDT, TRON TRX, and Bitcoin SV), only Bitcoin SV and TRX are posting gains (1.57%) and (6.68%) in the last 24 hours respectively. TRON, a Justin Sun-led project, has a market cap of $1.6 billion and a press time value of $0.025.