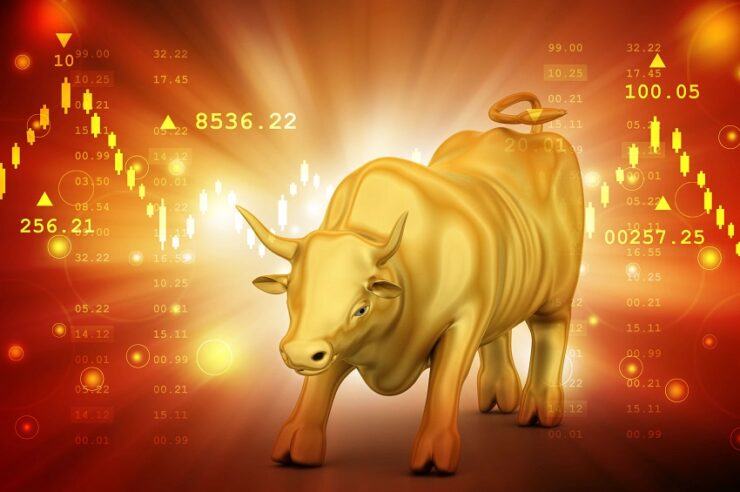 The crypto markets have sustained the massive leap that it witnessed in the past week and carried the impressive upturn into the new week. Another $14 billion has been added to the total market cap within the last 24 hours while most of the top 100 coins are in greens.

Performance Of The Top 5 Cryptos

Bitcoin’s November slump will arguably be blamed for the market plunge, but the top coin is making amends by leading the resurgence. On the week-on-week chats, Bitcoin has gained nearly $1000, moving from last week’s opening value of $3270 to $4243 at press time.

With Bitcoin’s steady growth, the altcoins also have impressed with money being pumped into several projects like the Waves Platform. The growth of other cryptocurrencies in the market has dropped Bitcoin’s dominance to 51%, down from 54% at the start of the previous week.

The second largest cryptocurrency by market cap has gained above 15% on the daily trading charts and more than 60% on the week-on-week. Ripple’s opening price at the start of last week was $0.028 but the altcoin value at the time of writing this report is $0.0425 with a market cap of $17.3 billion.

Ether, the troubled, yet persistent coin saw an upsurge in the last ten days and is once again, showing promise of recovering its former position as the second largest cryptocurrency by market cap.

ETH has grown by over 70% from last week’s number with the press time value up to $146. The altcoin even had the joy of breaching the $150 resistance for the first time since Nov 19. Ether’s market cap was $15.5 billion at the time of writing this report, less than $2 billion away of XRP’s. 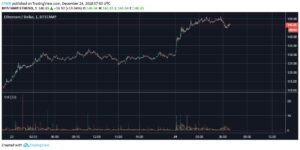 After a controversial hardfork in November, BCH has made a rapid return to the top five cryptos. This resurgence was buoyed by the over 100% gains which BCH has garnered in the last seven days. Prices are back above $200 for the first time since November 24. The value of BCH at press time was $208 while the market cap was $3.6 billion

EOS, the last cryptocurrency in the top five is seeing gains lightly above 10% in the hours leading up to press time. The value of the altcoin was $3.01, the first time it has visited that region since Dec 01.

Other top cryptocurrencies including Litecoin (LTC), Stellar (XLM), and TRON (TRX) are recording gains within the 7-9% range, while Bitcoin SV is the lowest gainer (USDT excluded) among the top ten with 4%.

Total market cap of all cryptocurrencies at press time was $144 billion according to Coinmarketcap’s data.