Fresh reports from the United Kingdom authorities revealed today that cryptocurrency traders within and outside the country have lost almost $2 million to a shady crypto trading platform.

GPay, the operator of crypto exchange XtraderFX (formerly Cryptopoint) has been shut down by the UK regulators after becoming insolvent with £1.5 million ($1.84 million) of clients’ funds nowhere to be found.

The company paraded itself as a professional trading platform, supported and endorsed by “entrepreneurs that starred in a prime-time TV show and a high-profile money-saving website.”

Several complaints about the firm attracted the Insolvency Service’s attention, and the agency decided to make confidential inquiries about GPay’s activities.

And it’s all gone

Findings from the investigation revealed 108 clients had lost in total just under £1.5 million while using the company’s online trading platform.

Clients who attempted to remove funds from their trading accounts were advised that no withdrawals could be made until copies of their photo ID, a utility bill, and debit or credit card were submitted.

Per the report, a UK high court petitioned GPay for the public interest, forcing the company to wind-up, of which they did not bother to defend.

The court said they had demonstrated a lack of commercial probity and failed to file statutory accounts. The court also noted that GPay had no legitimate presence at its registered office address which it seems to have abandoned.

The Chief Investigator for the Insolvency Service, David Hill, confirmed that GPay has scammed its clients. He said:

“GPay persuaded customers to part with substantial sums of money to invest in cryptocurrency trading. This was nothing but a scam as GPay tricked their clients into using their online platform under false pretenses, and no customer has benefited as their investments have been lost.”

“We welcome the court’s decision to wind up GPay as it will protect anyone else from becoming a victim. This scam should also serve as a warning to anyone who conducts trading online that they should carry out appropriate checks before they invest any money that the company is registered and regulated by the appropriate authorities.” Hill added. 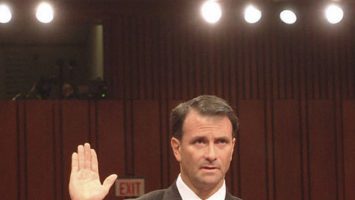