Huobi, one of the world’s largest cryptocurrency exchanges looks poised to penetrate the Japanese market after a new deal was announced on Wednesday.

Huobi Global, the company behind the crypto exchange, will through its subsidiary, Huobi Japan Holding Ltd, acquire a majority stake at BitTrade.

BitTrade is one of the 16 licensed crypto exchanges operating in Japan and is also a member of the Japanese Virtual Currency Exchange Association that was launched earlier this year.

However, “a backdrop of rising demand for trading in cryptocurrencies” has led to low trading volume on BitTrade. On the other hand, Huobi has continued to flourish and represents one of the top crypto exchanges around the world to have surpassed the $1 trillion trading volume since setting up in 2013.

BitTrade owner, Mr. Eric Cheng already has other major investment in crypto and blockchain but have high ambitions for the new partnership, he said in the announcement,

“We are delighted to be partnering with Huobi, a global leader in the cryptocurrency industry which continues to grow exponentially. Having a long-term partnership with an established brand such as Huobi is the right step for BitTrade as we look to continue our rapid growth trajectory.”

The exact dollar amount of the new deal or the exact ownership stake assigned to Huobi by the new partnership remains undisclosed.

Huobi Will Not Overtake BitTrade

The majority acquisition of BitTrade does not mean that it will now be taken over by the Huobi exchange. In fact, if the results are positive as both parties expect, then it may turn out to be one of the most strategic partnerships in the industry.

The crypto exchanges (Huobi and BitTrade) are not pursuing individual interests but will unite its team, to build a formidable exchange that serves the Japanese audience.

“Leveraging on BitTrade’s leadership team and its Japanese government-approved license, this is just the beginning as we look to grow BitTrade into the most dominant player in the Japanese cryptocurrency market.”

In recent times, Huobi Global also acquired over 60 percent stake in a company that is listed on the Hong Kong Exchange.

That move could open the way for the company to be listed publicly through the back door and will augment its acquisition of BitTrade.

Will the latest movements help Huobi achieve its global ambition? 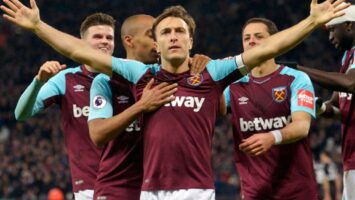