The Craig Stephen Wright saga continues and has now taken the dark shades of drama to unthinkable levels.

Let’s try to bring some clarity to the whole story.

There are claims, trials, and court cases that have developed in different directions. There’s a libel court case against Roger Ver, against all others who stated he’s fraud for claiming he’s Satoshi and finally, the most important, the Kleiman v. Wright case.

We’ll pay attention to this latter as it’s the most relevant and can reveal a dramatic scenario in the months to come.

Computer forensic expert Dave Kleiman was Craig’s partner and during the years 2009 and 2011, apparently, together they mined something like 3 million bitcoins, which were said to be stored in a trust called the “Tulip Trust.”

There is a PDF authored by Kleiman, who died in April of 2013, in which he agrees to take control of the codenamed “Tulip Trust,” containing 1.1 million bitcoins. Some believe the document was only meant for tax purposes in Australia and did not reflect the reality of the whole situation.

Among documents and credentials that later appeared to have been forged by Wright, it must be clear that the ownership of this trust and of half of 1.1 million BTC does not prove that Craig Stephen Wright is indeed Satoshi Nakamoto.

It only means that Dave Kleiman and CSW himself had been mining that amount during those years, especially at a time when a bitcoin could be “mined” with relatively small amounts of processing power.

It is true that the amount of BTC included in the trust is the same size as a mysterious bitcoin fortune that’s long been visible on Bitcoin’s blockchain and widely attributed to Satoshi Nakamoto. This is also the reason why many believed CSW was indeed the creator of Bitcoin. Over time, however, others have confirmed they were capable of mining huge amounts, making the claim rather weak and surely not appearing as a definite proof that he owns those Bitcoins.

All of it could be an elaborate hoax—perhaps masterminded by Wright himself. The unverified leaked documents could be faked in whole or in part.

Back to our days, Ira Kleiman, Dave Kleiman’s brother, sued the self-proclaimed inventor of bitcoin for allegedly defrauding the Kleiman family of their rightful claim to 1.1 million bitcoins following Dave Kleiman’s death in April 2013.

The lawsuit alleges that Wright and Kleiman partnered up to form a Bitcoin mining company called W&K Info Defense Research LLC in 2011 and ended with Wright “defrauding” Kleiman of 1.1 million bitcoin when the suit was filed in February 2018.

Ira Kleiman believes that his brother and Wright are the men behind the pseudonym “Satoshi Nakamoto,” the creator of Bitcoin.

Yesterday the courts ruled that  Craig Wright must give 50% of the mined Bitcoin to the Kleiman estate which translates into Ira inheriting $5 billion for which he has to pay estate tax on if he wants it.

The estate tax in the USA is 40%. This means that’s 2 billion dollars in taxes Ira will have to find and if he pays with the gained Bitcoin, it is believed that it might tank the cryptocurrency value.

Craig Wright confirmed in an interview earlier today that this is how the ruling stands:

“Everyone wants to hate on me,” CSW complains. “This is the result. If you’d left me alone, I would have sat on my fucking money and you wouldn’t have to worry. And the biggest whale ever has to dump because he has to pay tax. It’s not a transfer. Florida has an estate tax. Trust me. This is not an outcome I would have liked. I own a lot of BTC. Dave should have owned 320,000 and I should have had 800,000 and now it’s 50/50. At the end of the day, that’s not a good thing for BTC.

Although Craig was ordered to pay half of the Bitcoin mined to Kleiman, the hearing continues as other details are expected to come to light in the next few weeks.

Many believe he actually does not own the coins and the whole story is based on thin air. The Tulip Trust predicts that the agreement is honored as of 1st January 2020, therefore that might be a date to look up to. 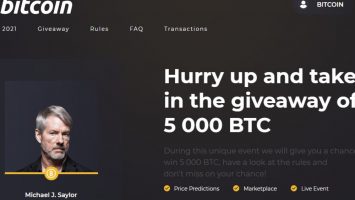