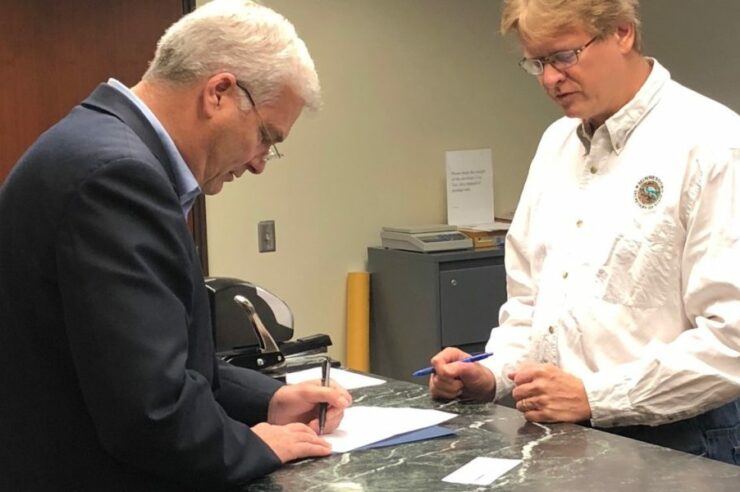 Tom Emmer, a member of the U.S. Congress first showed interest in cryptocurrencies and blockchain technology in March 2018 and since then, is numbered among pro-crypto Congress members.

On Jan 14, the United States Congress published data on its official website, showing that Emmer has reintroduced an H.R. 528  bill exempting crypto firms that do not provide custody services from money transmitting laws governing the country.

The H.R. 528 bill was tagged “to provide a safe harbor from licensing and registration for certain non-controlling developers and providers of blockchain services.”

What are Tom Emmer’s plans?

It was reported in September that the Congressman plans to present three bills which will serve as a backbone for the U.S blockchain and cryptocurrency industry. The three bills as it was released last year were –

The Taxonomy Act provided a new definition for digital tokens while stating valid reasons why they should not be classified under the 72-year old securities law.

The Congress gov attests that the H.R. 528 bill has been referred to both the Financial Services Committee and the Judicial Committee to deliberate its relevance to their mandates.

“This time around, this bill … will be referred to the Financial Services committee which Congressman Emmer sits on, and we intend to see the House take up the measure,” a spokesman said.