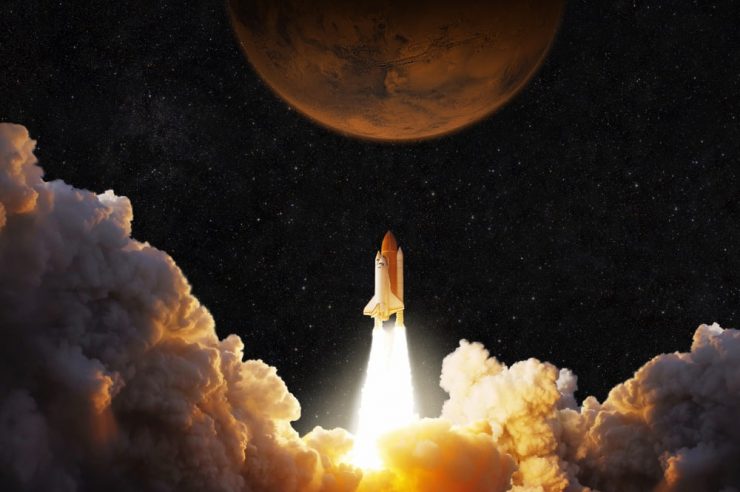 From $0 to a market cap over $500,000,000 in less than a week, COMP token, a governance token released by decentralized finance protocol, Compound Protocol has attracted many investors, with price action mirroring the old-good ICO days in late 2017.

With such a meteoric rise in a few days and continued frenzy around what is now the 25th largest cryptocurrency by market cap, according to CoinGecko, it is only logical to closely consider the reason why the COMP token price has gone up.

Compound Protocol has for long been the second-largest decentralized finance project on the Ethereum network. The protocol facilitates lending and borrowing of crypto assets in a decentralized manner but has before now been largely controlled by its founding team at San Francisco-based Compound.

In February, Compound announced that it would change the governance approach to a community-led one, beginning by giving away COMP tokens to users. Holding these tokens allows users to vote on key project decisions such as protocol upgrades, which assets should be added to the protocol, and so on.

On June 16, the first units of COMP tokens were issued to Compound users without a preset value price, thus allowing the market to decide how much it is worth. By the end of the first day of trading, the token’s value had shot up as high as $175 per coin according to Coingecko.

Such a high valuation understandably is a result of the token’s supply being limited. Only 2880 COMP tokens are distributed daily with 12,257 already in circulation at the time of writing this report. Over the next four years, approximately 4.2 million of these tokens will go into circulation while the other portion of the 10 million total supply would go to executives and early Compound investors.

Other reasons why COMP price is increasing

Being a native DeFi token, the first trade of the token probably took place on decentralized exchange protocol, Uniswap. Since then, however, a number of centralized exchanges are opening order books for the asset, thus generating more demand and further inflating the price. 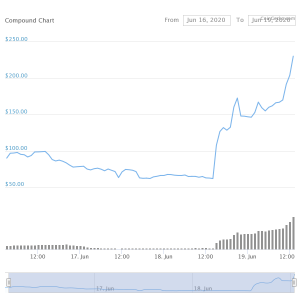 Notably, Coinbase announced Thursday that it would list COMP on its Pro platform come June 22, news that caused a further spike in the coin’s value. A futures derivative product for the coin has also been listed on FTX exchange, while Poloniex is also now offering a COMP/USDT trading pair.

It could take a few more days if not weeks for the fair value price for COMP token to emerge. Today, COMP traded as high as $230 per coin. However, at the time of writing, the cryptocurrency has retracted and was trading at $200 with a market cap just shy of $516 million which is way high than the $389.5 million worth of ETH locked into the Compound Protocol.

In the end, though, the latest run maybe an indicator that the DeFi market (now worth over $1 billion) may eventually become as significant as many think it will become to the growth of the general crypto industry. 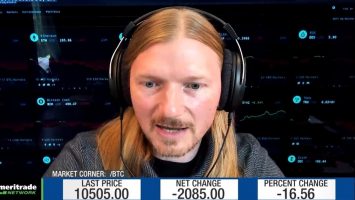