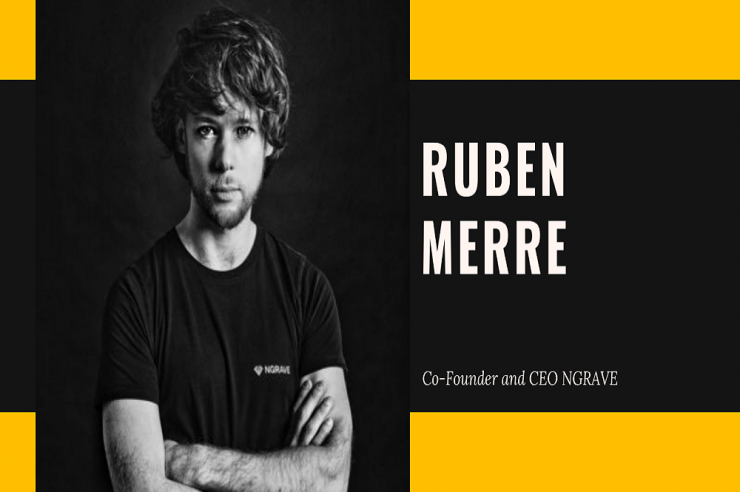 NGRAVE, a Belgium-based digital security company, is currently developing what has the potential to become the world’s most secure cryptocurrency hardware wallet to date.

The NGRAVE ZERO wallet plus its accessories is a formidable and user-friendly tool for digital asset holders to secure their wealth and the project has received strong backing in an ongoing Indiegogo campaign. The campaign has raised over €220,000 (appr. $242,000) by selling close to 750 wallets even though the initial target was  100 units. 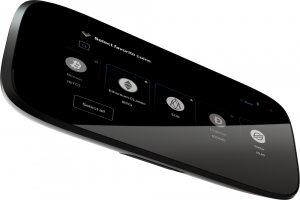 Coinfomania caught up with Ruben Merre, Co-Founder and CEO of NGRAVE to discuss what makes NGRAVE ZERO different from existing hardware wallet solutions, and why it is branded as the “coldest wallet.”

For the record, the new wallet is the first crypto-related product built with firmware that has earned the highest security certification in the world, EAL7, and also the first to offer an encrypted and recoverable private key backup solution, named GRAPHENE.

Ruben Merre also shared the vision behind NGRAVE, his early days in Bitcoin, and whether the cryptocurrency is, or will become a store-of-value.

What unique improvements has NGRAVE built into the ZERO edition versus existing hardware wallets?

Existing cryptocurrency hardware wallets are useful, but also have remaining potential security risks and other limitations.

These issues include residual risks associated with the private key or seed generation process, the pitfalls of recovering lost private keys stored on paper, and user interfaces (UIs) that are not really user-friendly.

Existing seed generation processes typically rely solely on the interior chip, which has potential backdoors as explained in many articles over the years, such as the following recent one by Forbes. NGRAVE removes this risk by adding external factors such as biometrics and ambient light to the key generation process. Moreover, as the user is given a key, there might be a risk that the wallet provider knows its value, and also here, NGRAVE eliminates this risk through an ingenious, intuitive user interaction process. 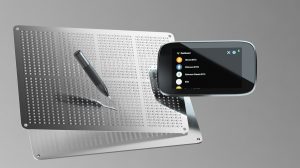 The results are that the “end-user knows that by the end of the interaction, it is very difficult for anyone [including NGRAVE] to know his final private key or seed.”

Additionally, to pilot a recoverable private key solution, NGRAVE has developed GRAPHENE. The solution is a “cryptographic puzzle of two separate plates that when put on top of each other, the user can make use of a specific kind of embossing pen to make a puncture through the overlay of the upper plate into the lower plate.” 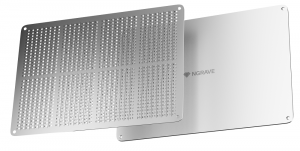 The result is a couple of holes on both plates; when put together, a user can see the private key. A third-party can’t determine the private key with just one of the plates; and even more clever, if only the upper plate is lost, the user could still recover it from NGRAVE’s offline database, which could regenerate the unique upper plate. As we’ve reported in the past too, this approach could also solve the problem of transferring crypto assets to someone else when death strikes.

Lastly, instead of replicating current hardware wallet solutions that users “leave on their shelves,” the 4’’ inch screen NGRAVE ZERO wallet is intuitive and features a mobile app called Liquid. The app interacts with the wallet via QR codes, making this communication 100% offline and not susceptible to hackers. 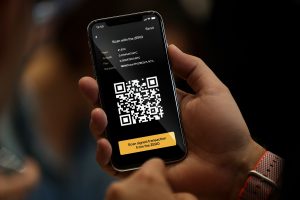 Crypto OGs, including Michael Terpin, who recently joined the company as an adviser, and Jean-Jacques Quisquater, the second reference on Satoshi’s Bitcoin whitepaper, all back NGRAVE’s new hardware wallet.

For us obviously, we’re new to the market. We have a lot to prove. Having people like them behind us is really a strong validation, especially Jean-Jacques, who Satoshi himself referred to as a person […] whose work was instrumental in writing the Bitcoin whitepaper.

Merre concluded on the subject that it’s “amazing to have somebody like that believe in [NGRAVE] and the product. Those are very strong validators for us and motivate us because it shows that even the OGs think we’re up to something.”

Merre’s mind truly shifted towards a career in blockchain after having many deep conversations on crypto’s theft and loss issues with now COO Edouard Vanham. Together with CTO Xavier Hendrickx, the three co-founders decided to solve one of the biggest issues in the crypto space – security. Hendrickx had previously worked on an Ethereum-based project that lost 44,000 ETH to a hack in 2017. At the same time, incessant security failures at crypto exchanges and by crypto holders highlighted that current hot wallet security nor hardware wallets were enough.

An end-to-end solution was needed, and that led to the birth of NGRAVE with the vision of fostering blockchain adoption, by removing two of the most important hurdles – security and usability.

Most people in the industry have a story to tell regarding how they got involved, and for Merre, that time arrived at the top of the market, during the crypto market bull run in 2017. The reason wasn’t so much the run of the market, but really the look under the hood of the technology and its future potential that made.

Ruben decides to enter the market. In fact, Ruben already got in touch with crypto in 2015, when working on a Vision 2020 strategy for an international bank. Yet he shied away from the market as he was a loyal follower of legendary value investor Warren Buffet’s tenets that urged him to stay away from “bubble” markets and projects where the intrinsic value is difficult to evaluate.

In January 2018, Merre started investing in crypto and dollar cost averaged his way down to bitcoin at the $3,000 level. In the present, Merre believes that “we’re very early still in the Bitcoin and crypto story,” and that the chances of the cryptocurrency becoming a store of value could become a self-fulfilling prophecy.

He continued, “Bitcoin is a deflationary asset, whereas the dollar has lost over 70% of its value in the last one hundred years. Moreover, there are only about 21 million bitcoin that will ever be minted, versus a rising number of millionaires in the world, that already stands at 45 million. So even if each millionaire wanted to own a bitcoin, it would already stop being possible.”

“Finally, in several countries, hyperinflation is starting to be a real issue. These countries see an increasing appetite for a.o. bitcoin as a welcome alternative, and yes, a store of value.” 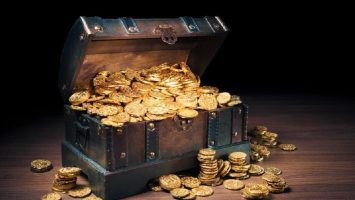