Brian Armstrong, CEO and co-founder of Coinbase, a leading U.S. cryptocurrency exchange, said during a Squawk Box session that the upcoming Coinbase direct listing on Nasdaq could have a significant impact on the crypto industry.

He said, “I do think that Coinbase has hopefully helped the industry move forward and helped bring the future in sooner, to happen sooner. We have done this by legitimizing crypto, following a trusted regulated approach, and hopefully making it even easier to use in some ways.”

Armstrong continued, “Hopefully, Coinbase going public and having its direct listing is going to be viewed as kind of a landmark moment for the crypto space.”

Late last year, the San Francisco-based cryptocurrency company confirmed that it had confidentially submitted a draft registration statement on Form S-1 with the United States Securities and Exchange Commission (SEC).

Some months later, Coinbase officially filed to go public on NASDAQ through a direct listing with the US SEC adding that it will list its Class A common stock on the NASDAQ Global Select Market under the symbol “COIN.”

With the listing set to take place today, April 14, leading cryptocurrency exchange Binance, announced that interested investors who pass the exchange’s know-your-customer (KYC) requirements, as well as adhere to other compliance measures, will be able to trade the Coinbase Stock Coin once it becomes available to trade on Nasdaq.

However, Binance will only support the COIN/BUSD trading pair, which will be available on the platform, allowing users to trade fractional Coinbase stock.

Since its foundation, Coinbase has greatly helped the growth of the cryptocurrency economy. According to Armstrong, the fear people had in investing in Bitcoin during its early days has significantly reduced. This development is evident in the number of BTC outflows from Coinbase.

Armstrong believes that Bitcoin is a regular financial service business that has been used in many legitimate ways in the past, even now.

Commenting on the benefits of Bitcoin to the economy and the future opportunities it has to offer, the Coinbase CEO concluded, “I think the focus is going to be more in the future about how we can leverage this opportunity to create more jobs, more economic growth, more economic freedom for people in every country of the world that embraces this.”

But then, will Coinbase’s public listing be crypto’s “watershed moment” or just another day in crypto? 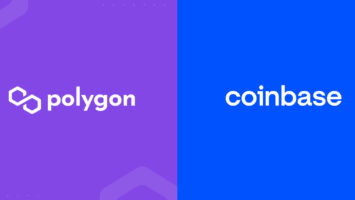