Leading U.S.-based crypto exchange Coinbase announced Thursday that it is funding a lawsuit by six individuals against the United States Treasury Department over the recent sanctions on Tornado Cash addresses.

Tornado Cash is an open-source and decentralized privacy protocol or mixer that obscures the source of a transaction, thereby enabling the anonymous transfer of funds.

In a company blog post, Coinbase CEO Brian Armstrong stated that his company would back six plaintiffs whose funds have been frozen along with other Tornado Cash addresses that operate in the United States.

While the crypto mixer has facilitated several crypto hacks, Armstrong believes that “law abiding citizens have a right to privacy.” He stated that these individuals had used the privacy protocol for legitimate activities such as anonymous donations to Ukraine and security protection while transacting.

The Coinbase boss further stated that the plaintiffs filed the lawsuit because they believe the U.S. Treasury has gone a little above its jurisdiction by sanctioning the privacy protocol.

Armstrong also believes that the action to sanction the use of the crypto mixer is a move to cripple innovation in the crypto industry at large, as developers may withdraw from bringing new ideas to adopt the use cases of blockchain technology.

Recall that the Coinbase CEO had stated in a hypothesis raised last month that his company would opt to shut down its Ethereum staking services in a case where authorities mandate that U.S.-based crypto exchanges censor Ethereum transactions as he believes protecting the blockchain network is far more important.

On August 8, the U.S. Treasury Department sanctioned several addresses tied to Tornado Cash through its subsidiary, the Office of Foreign Asset Control (OFAC).

The move was made by the agency to prevent cyber criminals from laundering their illicit proceeds and making it difficult for authorities to track the movement of the funds.

The OFAC alleged that Tornado allowed crypto hackers to hide funds that were stolen from investors, including those in the United States. 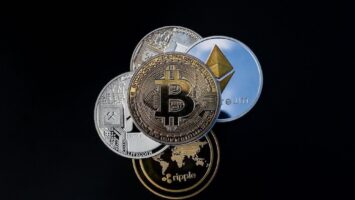